FactCheck: Did Pentagon Say that Volodymyr Zelenskyy is a cousin of George Soros? 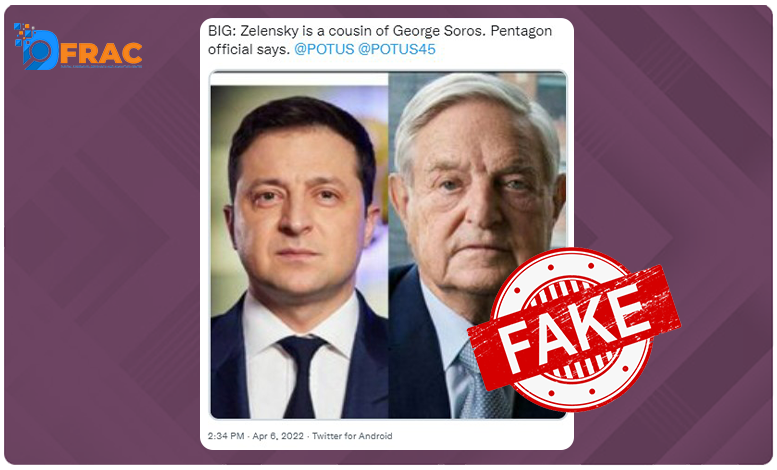 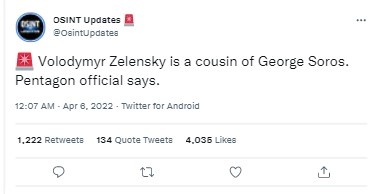 Similarly, many other users also posted this news on their social media handles.

On keyword research, we found no such news. George Soros is a Hungarian-born American billionaire investor and philanthropist. And, Volodymyr Zelenskyy is a Ukrainian politician and former actor and comedian. He is currently serving as the sixth president of Ukraine. There is no evidence that Soros and Zelenskyy are cousins.

Further, we checked the official sites of the U.S. Department of Defense, official Twitter and Instagram sites. There is no such statement there. 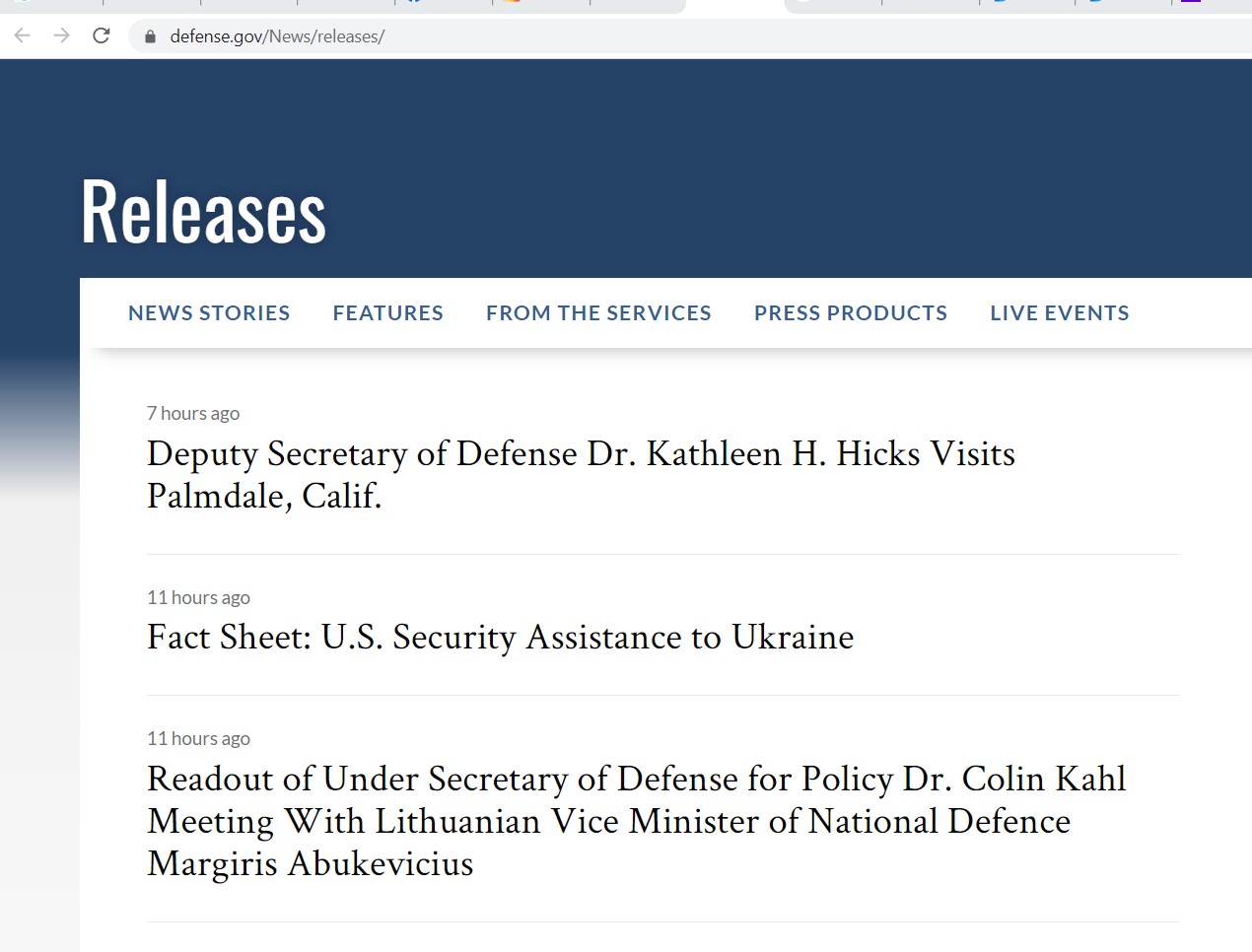 Therefore, on our fact check analysis we found that there are no such statements released by the Pentagon. And, there is no evidence of both of them being cousins. Hence, the viral news is false and baseless.

Previous articleFact check: Is Australian Captain Aaron Finch about to declare his retirement from Cricket?
Next articleFact Check: Reality about the screenshots of the video shared by Telegram with content about the alleged call to Zelensky about “capitulation.”