Fact Check: Did UAE has not introduced any three-story aircraft? 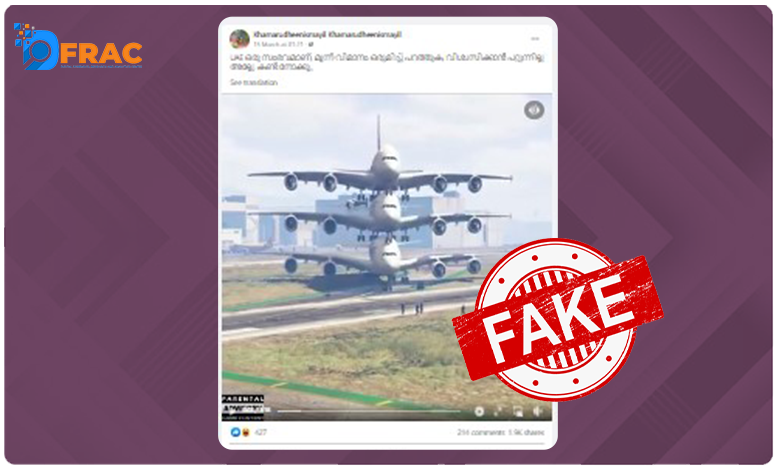 A video is getting viral on the internet. The claim with the video is that UAE has introduced a three-story aircraft. Helicopters flying over a three-story plane from the airport can be seen touching its wings, with some vehicles passing under the aircraft on the runway and then being stopped on the road where the aircraft passes.  Further, along with the picture a user wrote that UAE is an event, flying three planes together, unbelievable right, just watch. 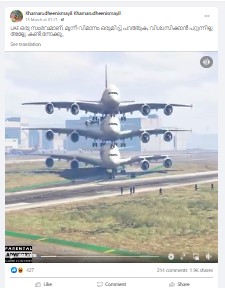 Many other social media users have shared this video with a similar claim.

On reverse image search we found that we found the same video on the YouTube channel named BBB-Gaming. Further, the video was uploaded on 28 February 2021 with the caption, “HUGE Triple- Planes Make Emergency Landing On Highway.” Moreover, in the disclaimer, it is written, “Everything in this video doesn’t happen in real life, because this situation is just a challenge for me to try in the flight simulation.”

Hence, this is an old video.

Therefore, users are sharing this picture with a false claim. UAE has not introduced any three-story aircraft till now. These scenes are not from a three-story plane from the UAE, but a GTA game.

Previous articleFact check: Did Chris Rock carry a pad on his face while Will Smith smacked him?
Next articleKeep emotions in check, demand answers to ‘The Kashmir Files’