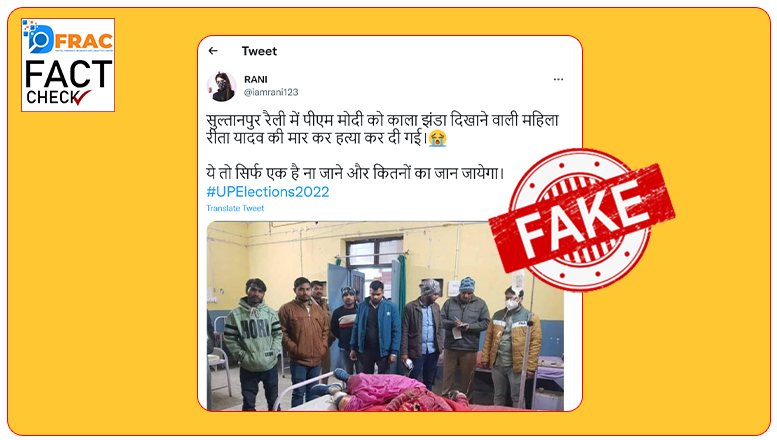 The tweet is done by a self-proclaimed Journalist who’s having 9K+ followers named @iamrani123. Rani claimed that Rita Yadav is shot dead.

Also Read: Do the claim of AaJ Tak and ZeeNews on Bikram Singh Majitha is true? (dfrac.org)

To know the truth behind the viral tweet, we researched and found that Reeta Yadav did show the black flag to the PM Narendra Modi on his visit to Sultanpur to inaugurate Purvanchal Expressway. She was headed out of the ground and got arrested for her misbehaviour on November 16. On Monday while she was travelling to Lucknow-Vanarasi four-lane under the construction in Lambhua, Two unknown men showed up on a motorcycle and stopped her car at the side of the highway and started firing. She was shot in right her leg and got admitted to the hospital. As per the article in The Indian Express, Ritu Yadav is all fine and out of the danger zone.

Conclusion: The news of Reeta Yadav’s assassination is fake and misleading.