2021: The Bygone Year That Was Filled With Fake Narratives 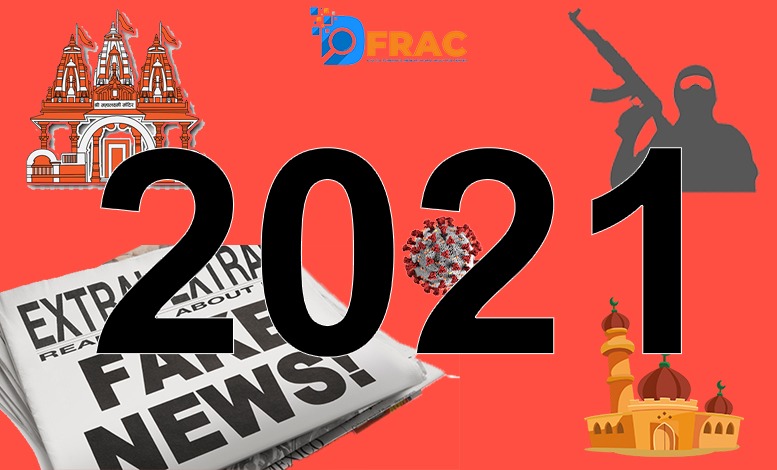 Whether it was the Kisan Andolan (Farmers Protest) or the West Bengal Elections, the Israeli-Palestine conflict, or the violence in Amravati, fake news continued to create false narratives.

No matter what the issue, the fake news spreaders continued to spread religious narratives by bringing communal angles throughout the year 2021. And tried to disturb the atmosphere. Let’s look at the big news events of the year 2021 and the false claims associated with them. Also, know why this is done and the role of social media in it. 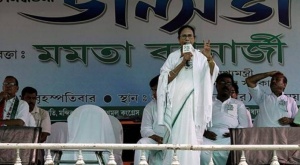 In Bengal, there were many fake news stories during and after the March-April assembly elections. Out of 55 fake reports related to Bengal, about 18 fake claims were with the communal and Islamophobia angle. About, 33 percent of the claims were from the communal angle.

Violence and fake news in Tripura 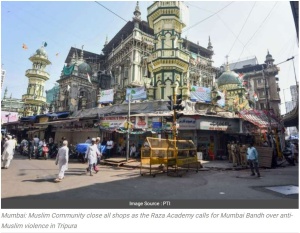 Although there were incidents of violence in Tripura. People shared old videos or photos or videos elsewhere to make the case worse. Sometimes the fire at a Rohingya camp in Delhi was reported to be Tripura violence and sometimes the old video report of the BBC on the Delhi riots was linked to Tripura violence.

There can be two motives behind this: first, to exaggerate communal violence. Second, through fake news in the virtual world, setting up narratives that the atmosphere in society is not cordial.

Also Read: Did Rahul Gandhi Cropped The Tibetan Flag In His Post. 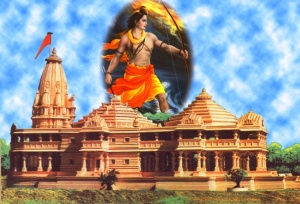 In early 2021, cutting of a newspaper went viral on social media, where Amit Shah was quoted saying that ram mandir will never be built. In addition, in another headline, PM Modi was quoted as saying that Muslims killed farmers to win trust of Hindus. However, the investigation revealed that the claim was false. No such newspaper story was ever published.

Moreover, most fake news items shared photos and videos of Ayodhya and elsewhere. Some users shared the video showing the crowd  saying that the Hindu has now woken up and has set out towards Ayodhya to make the country a Hindu nation. 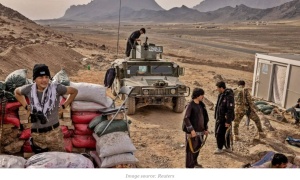 These claims also indirectly sought to say that those who do not like India should go to Afghanistan. The old video of people being killed by ISIS was linked to the recent situation during that time and shared with the claim that they were being killed in Afghanistan who are not Muslims. Similarly, the old video of Colombia was shared with the false claim that the Taliban was killing Christians. 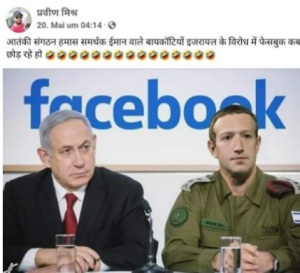 The dispute between Israel and Palestine began when Israeli police injured nearly 300 Palestinians with rubber bullets. Although the case was of a Jewish and Muslim country. People also shared several fake news stories with many false narratives which included India. For example, people shared a video of the 2008 firing by the US Army at an Iraqi mosque with a false claim that Israelis blew up a Palestinian mosque, disturbed by the sound of the mosque’s azaan.

People shared a video of a rally in support of Palestine in Qatar, Doha, in Kerala, and this time too, with anti-Muslim narratives falsely claiming that they were from Kerala, supporting Palestine. Muslims were also targeted by sharing an edited photo together with Benjamin Netanyahu and Mark Zuckerberg.

The case was, of course, between those countries. But some fake news peddlers appeared to support Israel through their false claims. People also also shared picture through fake news without reference that Palestinian victims were playing cards. 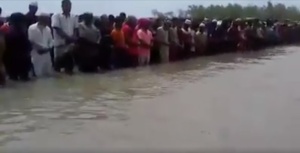 Some People from Bangladesh shared Many videos claiming that Muslims in Bengal were oppressing Hindus. 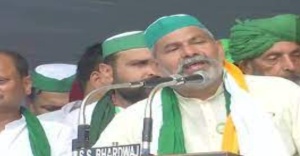 This year the farmers’ movement and 3 agricultural laws were one of the most talked about issues in the country. Where farmers were agitating against the government to withdraw three controversial laws. On the other hand, fake news peddlers were also making false claims related to the movement.

False claims made from communal angles were also part of the event amid various fake claims. Be it a 4-year-old photo of a man wearing a turban praying or an incomplete video of Allahu Akbar’s slogan from the kisan mahapanchayat stage. Whether an incomplete video of azaan at Priyanka Gandhi’s Kisan Rally or a photo of a 4-year-old Christian cleric, all these claims were from communal angles and linked to the kisan movement.