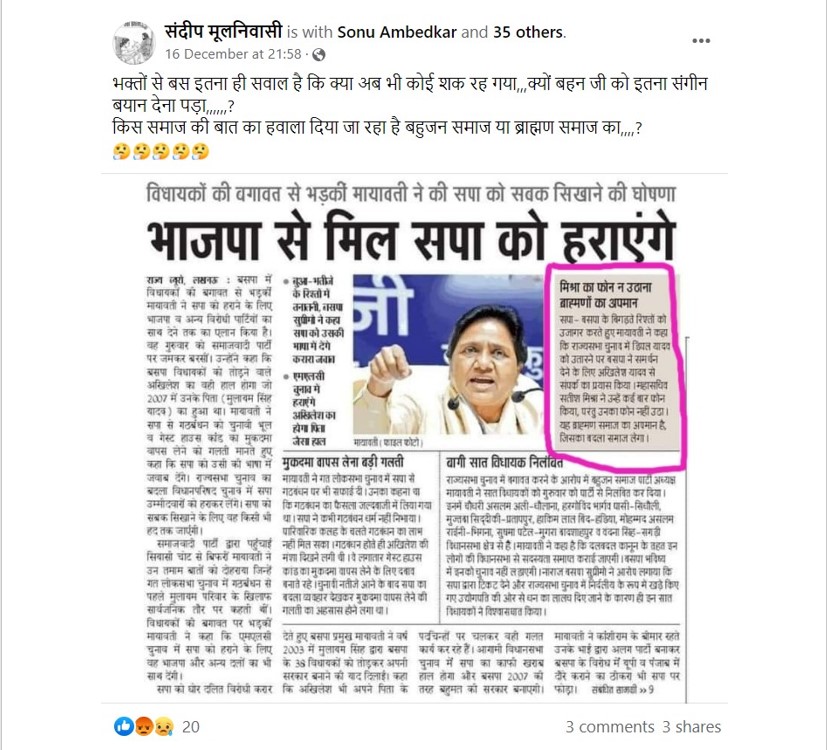 A user posted the newspaper cutting on Facebook and wrote a tweet which roughly translates to English as “The only question to the devotees is that if there is any doubt yet, why did sister have to give such a serious statement? Which society is being quoted to Bahujan Samaj or Brahmin Samaj?”

The cutting of this newspaper was also posted on Twitter.

A user tweeted and said that #Kamal_hai_to_kal_hai will defeat SP if you meet BJP. 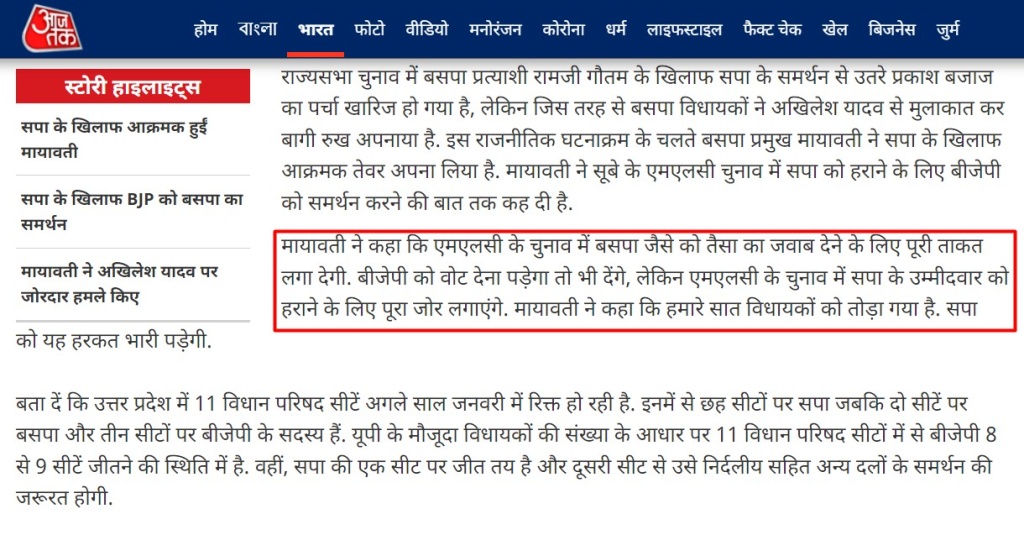 On doing a keyword search related to the title of the newspaper cutting, we found a report published by Aaj Tak on 29 October 2020. The report said that “Mayawati said that in the election of MLC, the BSP will do its best to give a tit-for-tat reply. Will have to vote for BJP, but will try hard to defeat the SP candidate in the MLC election. Mayawati said that seven of our MLAs have been broken. This action will be heavy for SP. So it is clear that this statement is a year old.

Hence it is misleading.