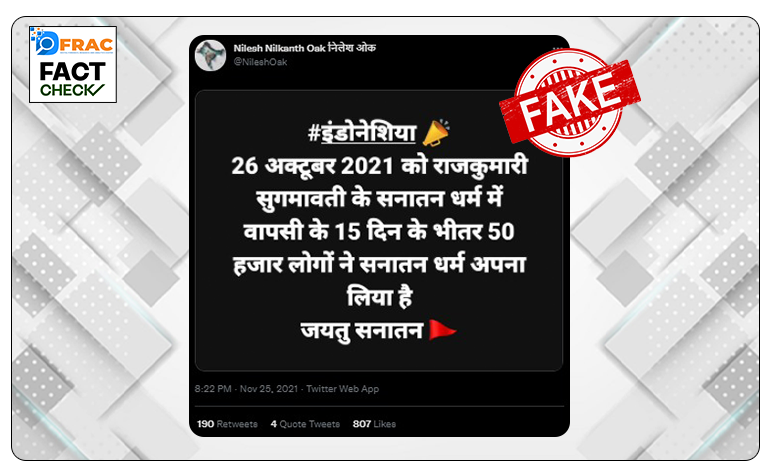 The power of queen and her followers… https://t.co/BC9yJzQRRe

Firstly, Sukmawati Sukarnoputri is not the princess of Indonesia. She is the daughter of the founding father and first president of Indonesia, Sukarno. She did indeed convert to Hinduism on October 26,2021. This however already renders a claim slightly misleading.

Secondly, we scanned the internet to find out whether ‘50,000’ people converted to Hinduism after her conversion and could not find anything at all. There are no local on international reports on the mass conversions as of now.

Therefore, this claim is completely fake.