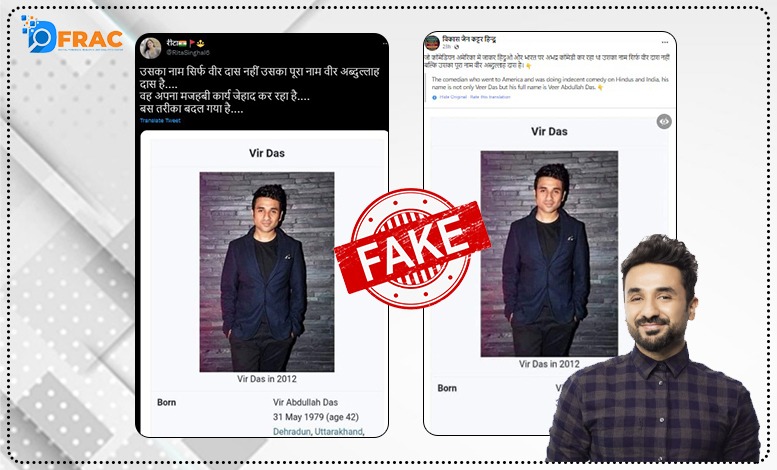 Comedian Vir Das has been receiving a lot of criticism and also praise for his comedy special titled “I come from two Indias” performed in the US. Many Indians took offence to his words and he was trolled relentlessly on Twitter for it. Amidst this, people claimed that his name was “Vir Abdullah Das” claiming that he was Muslim.

Users cited his Wikipedia page for the same claim.

Firstly, we checked Das’ wikipedia page and found that his page does not currently say that his middle name is Abdullah. In order to see the changes made to his page, we went through the various versions of his page archived on Wikipedia. We found that numerous revisions were made to his page between 16th and 18th November. A version on 17th November said that his middle name was Abdullah. It also said that Vir Das is a Nigerian citizen which is also untrue.

We also found a previous version where his bio was changed to “gang rapist”.

However, there are no reports online that support these claims and were only made by disgruntled users.

These claims are fake.