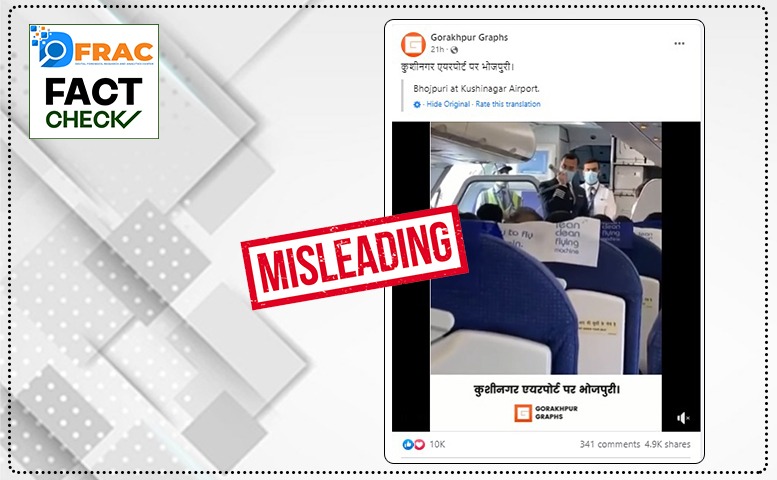 On October 29,2021, a popular facebook page named ‘Gorakhpur Graphs’ posted a video of an Indigo flight where the pilot was addressing the passengers.

In the video, it can be seen that the pilot was greeting the passengers in Bhojpuri. Gorakhpur Graphs captioned the video saying that the video is from Kushinagar. The video has over 2,00,000 views on Facebook and has been liked over 10,000 times.

Taking a queue from the obvious clues in the video, we performed key word searches to understand whether the claim was correct or not. Upon our searches we found various news articles about the matter. However, as per news sources the flight was actually taking off from Patna and arriving in Delhi.

The video was reported on by news outlets such as PTI and The New Indian Express.

Since the flight did not take off from Kushinagar which is Uttar Pradesh but from Patna which is Bihar, this claim is misleading.