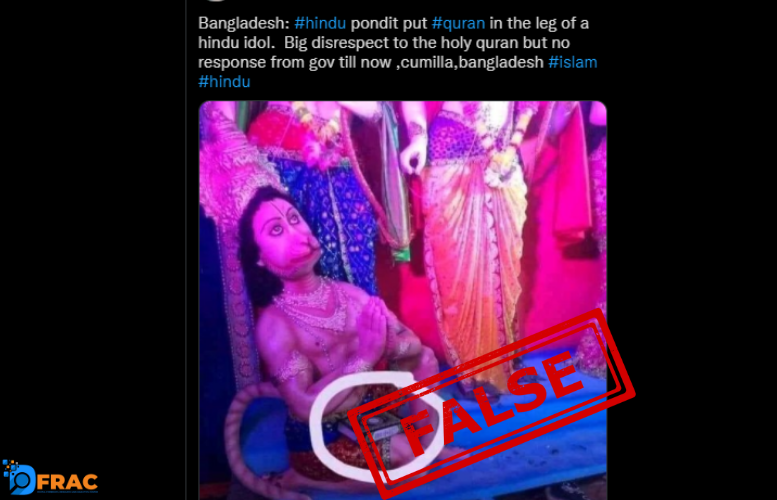 Amidst the ongoing communal riots in Bangladesh, many images and videos are being shared online with fake claims. One such claim posted by multiple users suggested that a Hindu priest placed the Holy Quran on the leg of a Hindu deity thereby disrespecting the Quran. This particular picture is said to have caused the nationwide violence that occurred during Durga Puja.

Upon performing a simple reverse image search with keywords, we found a news report by Dhaka Tribune on the matter. As per the report, the individual identified for this act is not a Hindu pandit but a man named Iqbal Hossain who was identified through CCTV footage and have been on the lookout for him.

Since the claim that this was a Hindu pandit’s doing has been rebuked, this claim is false.