Fact-Check: PM Modi on the front page of The New York Times? 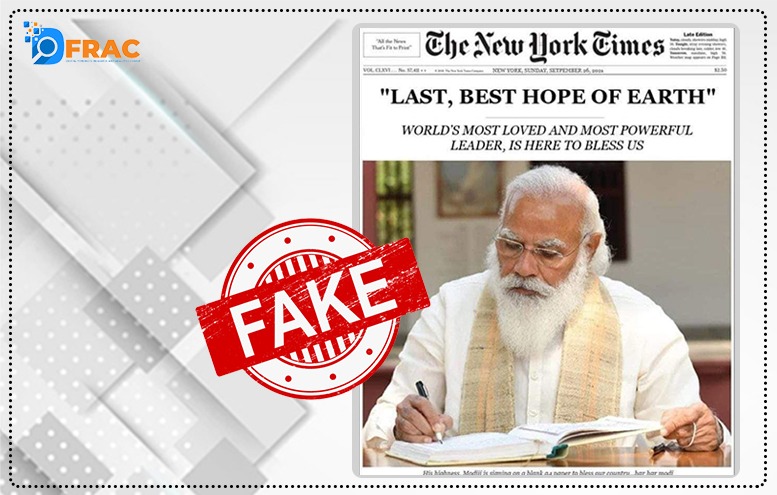 On September 27,2021 an image of PM Modi on the front page of The New York times was vigorously forwarded on WhatsApp and twitter. The headline read “Last,Best Hope of Earth” and the byline was “world’s most loved and most powerful leader, is here to bless us” indicating Modi’s recent visit to the US.

The image was shared as a WhatsApp forward and many on twitter also took to celebrating the cover.

Here is the image:

The first discrepancies we noted right away was that the spelling of September on the issue date was wrong. Secondly, the caption of the image of Modi reads,” his highness, Modiji is signing on a blank a4 paper to bless our country…har har modi”. This caption could not have been written by the New York Times as their front page articles are always written in an objective manner. “Har har Modi” is typically a chant used by supporters of Modi in India.

We searched for the September 26 edition of the New York Times International Edition and found that the original front page had no coverage of Modi.

We also check New York Times’ archives for any report which featured this title but could not find anything.

Therefore the image of the front page is photo shopped and is fake.