Fact-Check: Does the Taliban have a modified cybertruck? 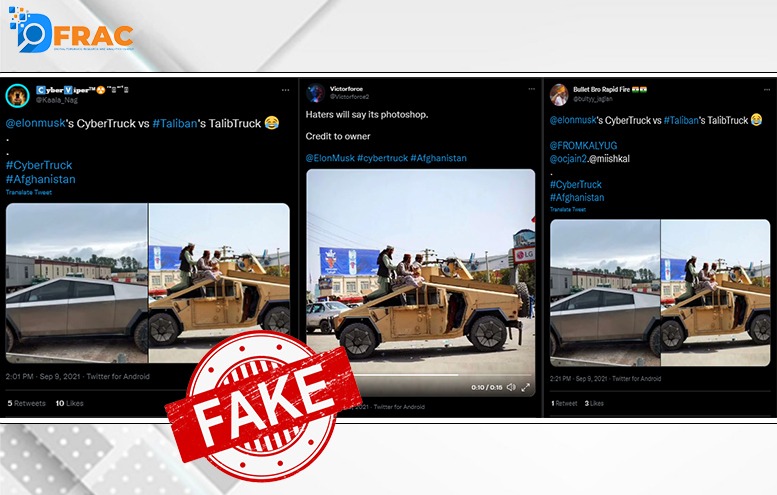 In the last few weeks, an image of a truck with Taliban soldiers sitting on top is being used online.

In the image, the truck looks peculiar and modified so look very futuristic. Three Taliban soldiers can be seen on top of it.

Many versions of the same picture were posted online stating that the Taliban modified their truck and it is a futuristic ‘cybertruck’.

Upon reverse searching the image on google we found that the image has been photo shopped and the original image has been used by various news media sites to show the Taliban forces outside Kabul Airport on August 17,2021.

Since the image is photo shopped, we can label this claim fake.