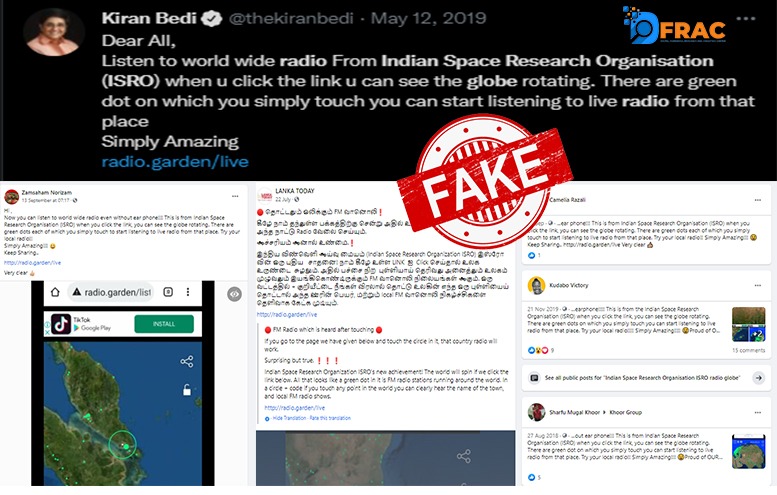 Recently, a post about a radio platform called “Radio Garden” started to get circulated on social media. According to these posts, the Indian Space Research Organisation (ISRO) has developed a new platform on which one can spin the globe and listen to any radio station from anywhere in the world.

Upon further research we found that the claim was post repeatedly since atleast 2018.

Infact, Kiran Bedi also posted the claim back in 2019.

The claim was posted multiple times on twitter too.

Upon looking up the website on the internet, Radio Garden does indeed exist and was established in the Netherlands. Its About section details that, ”Radio Garden started out in 2016 as an exhibition project commissioned by the Netherlands Institute for Sound and Vision in the context of the research project Transnational Radio Encounters. Jonathan Pluckey turned this into a company in 2019”.

There is no mention of ISRO on their website.

AFP fact check also reached out to a spokesperson from the company who confirmed that ISRO had no involvement in this project.