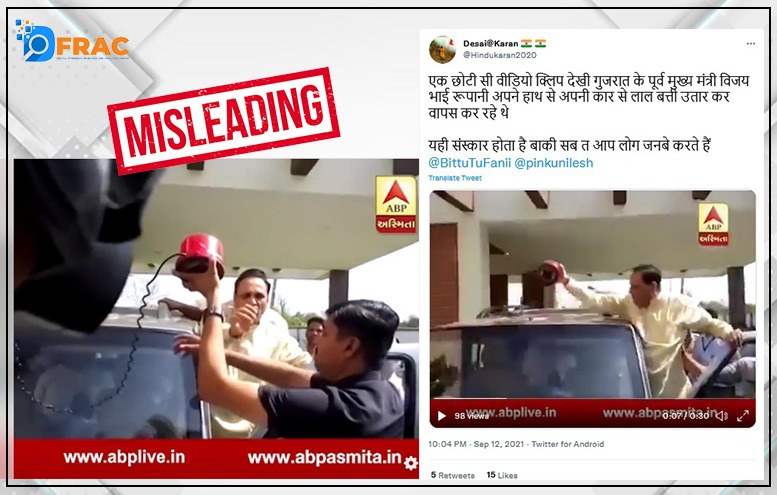 A footage of former Gujarat Chief Minister Vijay Rupani has got viral where he is removing a red beacon from a vehicle with a claim that it shows him removing the light from his own car following his resignation as the CM.

Fact-Check: With some analysis and reverse image searches we found out that this video of Rupani seemed to be a broadcast from ABP Asmita and it showed Rupani removing the red beacon from a car.

This clearly depicts that this claim is false which shows the former Gujarat CM Vijay Rupani removing the red beacon from his car following his resignation.