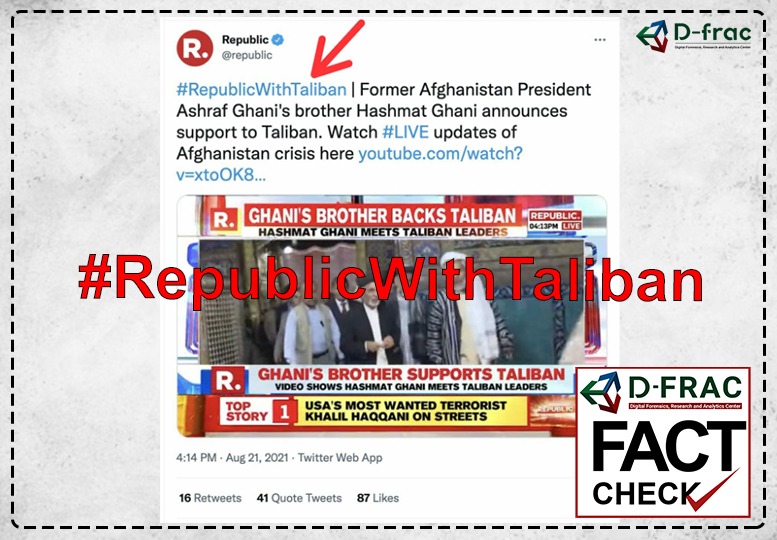 On August 21, 2021, a screenshot of Republic Tv’s tweet started to make rounds on social media. The tweet was a news bulletin with the hashtag #RepublicwithTaliban. This prompted a large protest on the website with people demanding the arrest of Arnab Goswami and to boycott Republic TV altogether.

A news website named Way2Barak also reported that it was a typo and was later deleted. Rather than owning up to their mistake, Republic TV has not addressed this blunder leading many to question whether this was morphed or not. Therefore, the claim about Republic posting the news with the hashtag #RepublicWithTaliban is true.