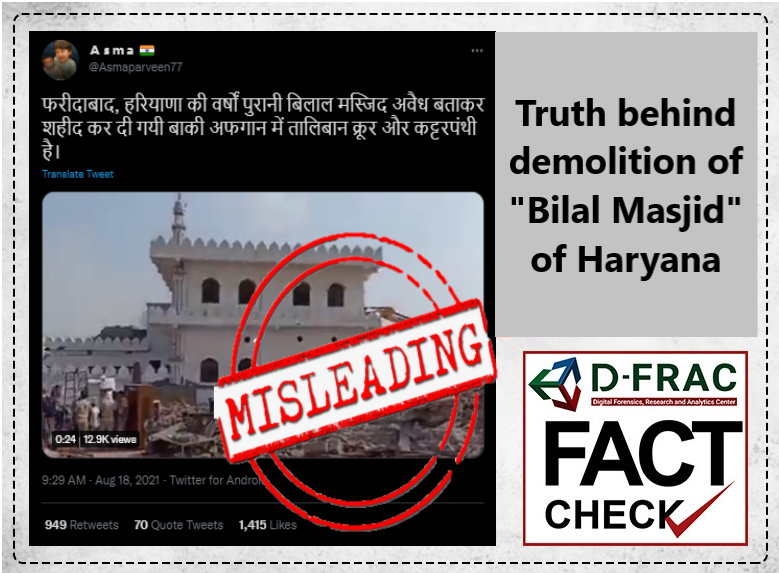 While the structure being demolished is the Bilal masjid as affirmed by this video here which was posted in 2019, we reverse searched the individual frames of the video and found that there was a larger context missing from the tweet.

We found the original, much longer video that details the various illegal structures demolished after the Supreme Court orders in the Khori Gaon case. The mosque, like many other structures, were constructed illegally and therefore were demolished by the government authorities.

We can therefore assess that while the initial claim made by Asma was true that Bilal masjid was demolished, this was done in a larger context. This information is therefore misleading and could cause unnecessary communal disharmony.