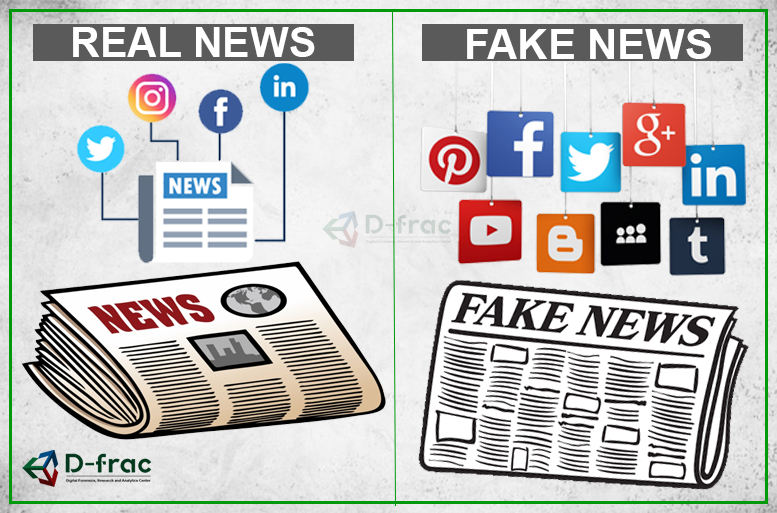 Fake News is a type of hoax or deliberate spread of misinformation with the intent to mislead in order to gain financially or politically. Fake News is related to propaganda whose purpose is to spread information, especially of a biased or misleading nature, used to promote or publicise a particular political cause or point of view.

Fake news is not a new phenomenon. But what makes it important now? It is primarily because fake news is easy to create, spreads rapidly and is easily consumed in our 24/7 news cycle.

If we have understand fake news in general term, it has three characteristics:

3- Meant to obscure or distort with emotions; preying on prejudice or bias

In recent times in India, we have become acquainted with a popular entity “BJP’s IT Cell”. It is believed to generate all types of news and counter-news and short-span information on every media platform, be it social media or electronic media, that spin out a narrative to present BJP and the Modi government in bright light and their opponents as “unpatriotic and anti-India” elements. The success of BJP in various elections across India proves that a majority of Indians fell for IT Cell-generated information and image building.

Besides, the Press Information Bureau (PIB), which functions as a mouthpiece of the Government of India, has decided to counter news critical of the Narendra Modi-led BJP government by labelling it fake news. On the microblogging site Twitter, the PIB, which has positioned itself as an official fact-checker, spends an extraordinary amount of energy countering every nugget of news which counters the dominant narrative of a majority government as fake. But what does one make of mis-information peddled by the government and amplified by television channels and social media embedded with the government? Would that qualify as fake news as well? Yes, of course.

Now, the pertinent question arises: what makes people susceptible to fake news and other forms of strategic misinformation? And what, if anything, can be done about it?

These questions have become more urgent in recent years, not least because of revelations like the Russian campaign to influence the 2016 United States presidential election by disseminating propaganda through social media platforms, the success of the Pulwama terror attack and the following India-Pakistan two-day air warfare, and the like. In general, our political culture seems to be increasingly populated by people who espouse outlandish or demonstrably false claims that often align with their political ideology.

The good news is that psychologists and other social scientists are working hard to understand what prevents people from seeing through propaganda. The bad news is that there is not yet a consensus on the answer. Much of the debate among researchers falls into two opposing camps. One group claims that our ability to reason is hijacked by our partisan convictions: that is, we’re prone to rationalisation. The other group — to which the two of us belong — claims that the problem is that we often fail to exercise our critical faculties: that is, we’re mentally lazy.

Based on some studies by psychologists and experts, some key factors behind people’s liking for fake news and actually believing in them are as follows.

Confirmation bias refers to people favouring information that confirms their existing beliefs. Without accounting for this bias in their thinking, they are more likely to fall for fake news if they agree with what is being said. This works the other way around as well; indeed, confirmation bias will yield the opposite effect, enhanced skepticism, for fake news stories people dislike. Yes, it’s good that confirmation bias can, in some contexts, help people dispel fake news; but, at the end of the day, engaging this bias exhibits a lack of critical thinking.

People engage the news in order to inform ourselves, generally because they weren’t there to witness events unfold first-hand. As a result, people trust our source of news that the information they provide them is, in fact, true; and in doing so, they put trust in the source’s credibility. But they cannot blindly do so. They must first evaluate it.

On the other hand, let’s assume that the topic in question is important to people and that they do have the skill of evaluating credibility — they are still susceptible to modern trends in information processing, let alone the other psychological factors presented in this piece. That is, in today’s world, it can be argued that they have a surplus of information. They don’t read everything in their social media newsfeed. They scroll past articles that are unimportant or uninteresting to them; they don’t pay attention to them. Sometimes, they barely read the headlines. If they do manage to read the headline, that might be all they read.

4. People tend to be cognitively lazy

Humans are cognitively lazy. Our brains have evolved to conserve energy for “more important” tasks; and, so, they don’t very much like expending energy when an intuitive decision can be made that is good enough. Is our belief in a random news story really that important in our day-to-day lives? Well, it could be; but more often it probably isn’t… and so, we fail to engage evaluation and reflective judgment. Instead, we conduct a simplified means of information processing — yielding a conclusion that isn’t necessarily accurate, such as choosing to believe the fake news report.

One of the largest barriers to critical thinking is emotion, because, simply, it makes thinking irrational. When people think with their emotions, they think based on gut-level intuitive reasoning, fuelled by how they feel and by past experiences associated with those feelings — the opposite of reflective, critical thought. Fake news, like propaganda, can evoke and breed emotions like fear and anger in the reader or listener. If you’re emotional, you’re not thinking rationally and are more susceptible to falling for fake news.

The illusory truth effect refers to the phenomenon in which the more we have been exposed to certain information, the more likely we are to believe that information. For example, it has been seen earlier that flip-flops of information had been reported to cause cancer in people in the West. If you have never been exposed to this information before, its very mention here is the second time you’ve encountered it. The more you read about flip flops and cancer, the stronger the link between the two becomes in your head. Of course, there is no causal relationship between the two. However, debunking isn’t necessarily a helpful solution. We are particularly susceptible to fake news, in this context, given the echo chambers we help create for ourselves on social media.

Another reason why people fall for fake news is kind of a big one with respect to its impact as well as the various sub-topics it covers. One of the best-selling books of all-time, How to Make Friends and Influence People (Carnegie, 1936), was perhaps so successful because people recognise the importance of social influence and, likewise, social pressure. When you think about it, the mechanisms of such pressure are quite simplistic with respect to how it works within social media: if you say something that someone doesn’t like, they might unfriend you; if it’s something they really don’t like, they might report you; the more you have in terms of friends, followers, likes, views or clicks, the more influence you and your (signalled) values have.

Fact Check: A picture of an Algerian coin with Al-Aqsa and Jerusalem is ours written on it has gone...