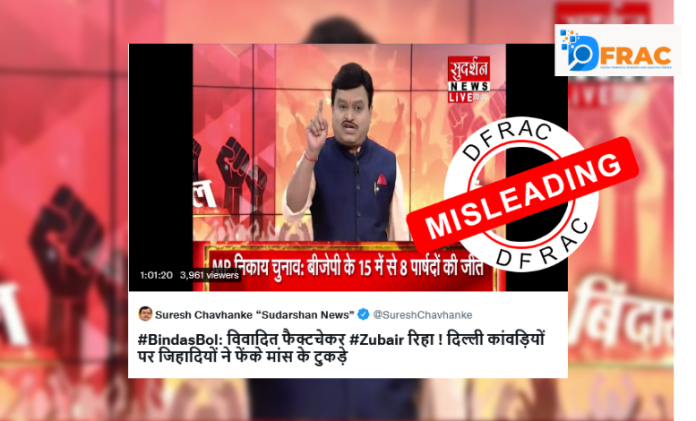 The video of the kanwar Yatra is getting viral on social media with the claim that Jihadists threw pieces of meat on the Delhi Kawdris.

This video was posted on the official Twitter handle of Sudarshan News.

To check the authenticity of the viral claim DFRAC desk ran a keyword search and found a report of myind.net, it was mentioned in the report that according to the police there was no identification of the person who did it.

On further investigation, we found a video of Republic Bharat on YouTube where they took the interview of Delhi police.

In that interview, police said that they do not have any valid proof as to who threw that piece of meat on the kanwar.

In the interview police also requested not to spread fake news on this matter until solely verified.

DFRAC found this news ran by Sudharshan News misleading as Delhi police still have not verified anything in regard to this matter.