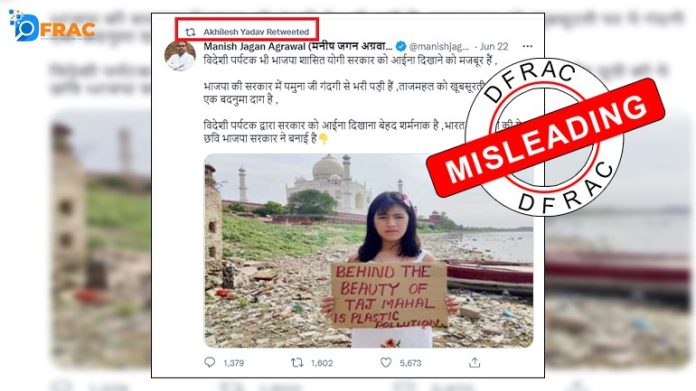 Digital media coordinator of Samajwadi Party Manish Jagan Agarwal had shared a picture of a girl standing on the back side of the Taj Mahal with a poster in her hand. On this poster it is written – “Behind the beauty of Tajmahal is plastic pollution.”

Manish Jagan Aggarwal targeted the Yogi government by sharing this picture. Further, he wrote- ” Foreign tourists are also compelled to show the mirror to the BJP ruled Yogi government. Yamuna Ji is full of filth under the BJP government, this filth is a bad stain on the beauty of the Taj Mahal, It is very shameful for a foreign tourist to show the mirror to the government. This is the image of India and UP that the BJP has created. 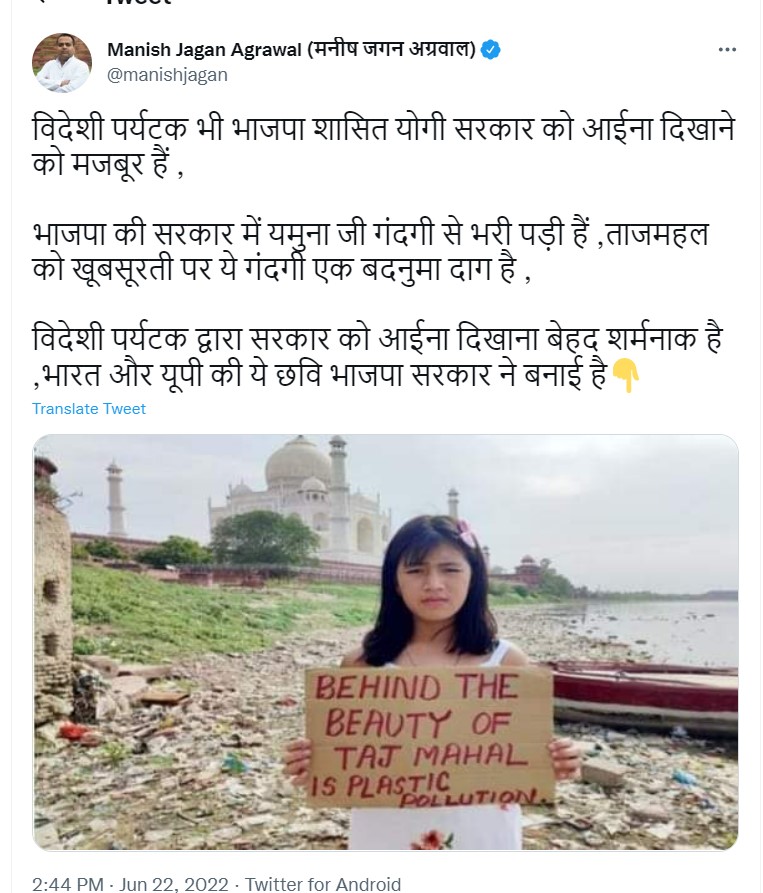 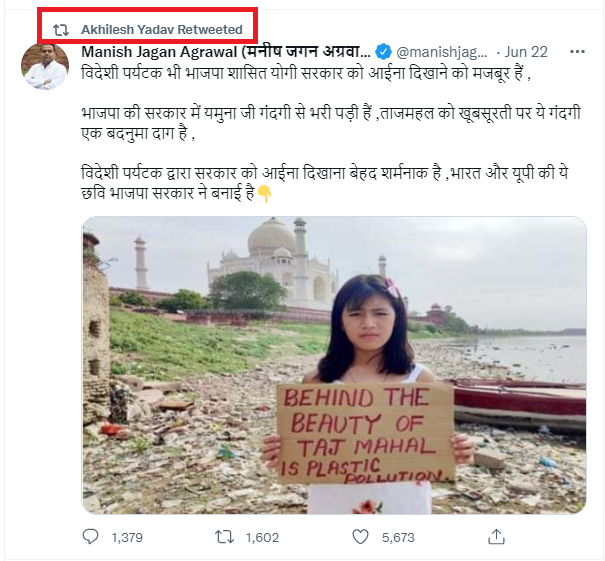 During our fact check analysis we got the Twitter account of  Licypriya Kangujam in “ Quote Retweet ”. Replying to Manish Jagan Agarwal, Lisipriya wrote- “Hello Sir, I’m a proud Indian. I’m not a foreigner.”

According to Wikipedia, 10-year-old Licypriya Kangujam hails from Manipur. Moreover, she is an Indian child environmental activist . In 2019 she was honored with Dr. APJ Abdul Kalam Children’s Award. Apart from this, she has also been honored with the International Children’s Peace Prize and the India Peace Prize .

On the other hand, SP leader Manish Jagan Agarwal presented his explanation after the clarification of Licypriya Kangujam. He claimed that he had seen this news on ABP News, for this he has also shared a news clip of ABP News.

Furthermore, he also shared a cutting of Hindustan newspaper, in which he claimed that the newspaper had also described Licypriya Kangujam as a foreigner.

Hence, it is clear from the fact check of the photo going viral that the claim of the Samajwadi Party leader is misleading. And, child social worker whom she described as a foreigner is a resident of Manipur state of India.

Claim- Foreigners exposed the mess behind the Taj Mahal

A video of the Mermaid is widely shared on social media sites. It is...
Fact Check

Amul is such a brand in India that every child here knows about Amul....