Fact Check: Rahul Gandhi was seen playing badminton after the defeat of Congress in the assembly elections? 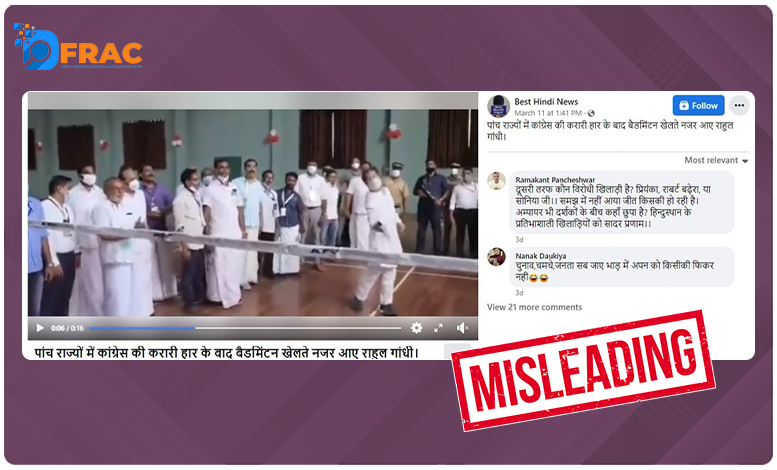 In the recently held assembly elections in five states, Congress had to face a major defeat. In Punjab, the party not only lost its power. Rather, many big leaders including Congress’s CM candidate was not able to save their seats.

Meanwhile, a video of former party president Rahul Gandhi is going viral on social media with the claim that he was playing badminton amid the party’s defeat. In the video, Rahul can be seen playing badminton on an indoor court surrounded by some party leaders, police and security guards.

To verify the above claim, when we converted this video into individual keyframes with the help of InVid tool and Google reverse image search of each keyframe, we found a report by ABP News in this regard. A collage of two photographs was used in the report.

While in one picture Rahul is seen enjoying ice cream, in another picture he is seen holding a badminton racket. According to the report, this picture of Rahul is related to the Legislative Assembly elections of Kerala. The picture was clicked just before the declaration of election results in Kerala. 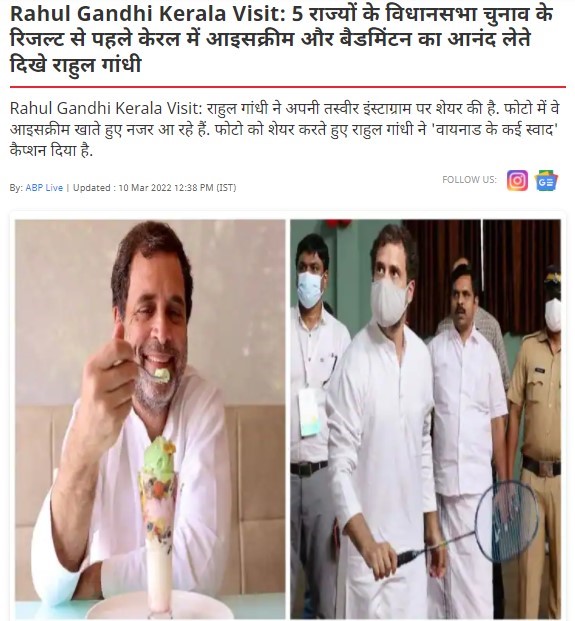 In this regard, we also found a video posted by the official YouTube channel of Congress on March 9.So it is clear that the viral picture is misleading.

Conclusion: The claim is misleading.

Previous articleFact Check: A deceptive picture of a man holding a gun was shared as an Israeli Terrorist. Know the reality.
Next articleRussia-Ukraine conflict misinfo abundance leads to panic buying in India