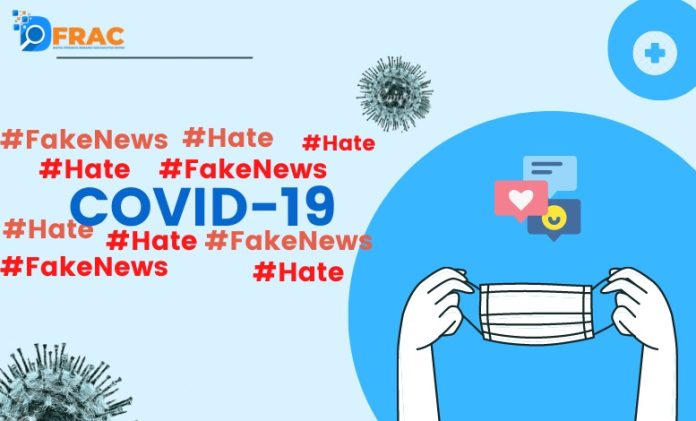 While the stories of the spread of fake news in India began on social media, the mainstream media has also been directly involved in it for the last several years. Be it elections or Corona, the Indian media was bringing forth its post-truth character to the fore.
Instead of dealing with the current existing lies and rumours, it indulged in fabricating new lies.
In times of national and global calamities, the responsibility of conveying information to the citizens increases with sensitivity and ease in the media. This responsibility equally falls on the government as well. But an advertisement of the Ministry of AYUSH thumbed this responsibility and presented a claim that any reader could easily trust it. In its advertisement dated January 2020, the Ministry of AYUSH claimed that corona can be stopped through Ayurveda and Unani medicines. And for this, it resorted to the claims of scientific research. After this advertisement, the Ministry of AYUSH faced a lot of criticism. And after two months, on April 1, the ministry issued instructions to remove all such advertisements.
The Council of India also then issued instructions to the media institutions not to print this advertisement of the Ministry of AYUSH. Everything on this aspect went fine until the then Union AYUSH Minister Shripad Naik said that Prince Charles of Britain infected with Covid-19 was also treated with Ayurvedic and Homeopathy methods. Which was later denied by Prince Charles’ spokesman. Even after that, he kept repeating this statement.
Time of disaster is like a ‘fest’ for Indian media. Be it the Kargil war of 1999 or the Mumbai attack of 2008. Indian media uses this as an opportunity. The media frequently compromise on their policies while reporting in the event of a disaster. Remember the ‘exclusive’ report of some ‘senior media persons’ during the days of Chamki fever in Bihar. Even at that time, the media was making us realize its insensitive form. But in the case of Covid-19, it went even further.
In fact, the media’s effort is to find that truth that was obtained after a hard analysis of facts and arguments and not just what is popular and agrees with most of the public opinion. But the channels running 24/7 and their celebrity anchors have so much time to find the truth with facts and logic. In the initial outbreak of Corona, instead of taking stock of the country’s health and preparedness to fight it, it was investigating it in China with his Chroma studio and graphics. While at the same time, fake news content was fast making a place on everyone’s phone screen on social media platforms. Almost every major news channel investigates the viral truth but the media failed to investigate the viral truth related to Corona. The example which we got to see on Twitter, and Facebook after Prime Minister Narendra Modi’s call for the ‘Thali Bajao Aur Roshni Spreado’ campaign. When citing different scientific discoveries, his campaign started being called a masterstroke, and the media was involved in it.
Leaving aside the trolls, National Commission for Women chief Rekha Sharma linked the date-time of lighting a lamp in the program of a government FM channel with the auspicious coincidence of nine and said that it is considered auspicious in numerology. And in the midst of these rumours and false news, cases of corona start tumbling out of Tablighi Jamaat closet. It was like icing on the cake for the media when symptoms of corona were found in the Jamaatis who attended an event held in Nizamuddin, Delhi and many of them were corona positive cases. After this, there was Islam, Jamaat and Corona in the media, not China and Corona. Post that for the media, the reason for Corona was not China, but Islam and Muslims.
Corona had become a jihad, it had become a terrorist. All the print and electronic media were now cashing in on it. Those who were in the forefront were searching for new creative headlines every day, in which Jamaat, Islam, and Corona could be seated together. Some of the examples: Anti-virus of the corona infected Jamaat (Zee News); What is the virus treatment of Jamaat? (ABP News); Deadly adharma in the name of religion (News18India). After this, the media itself went on to become an institution for generating fake news. The police themselves had to tweet and say that these reports are false, and most of this news was on people associated with the Jamaat. In many such cases in which the Jamaat had no role, the media also tried to connect it with the Jamaat. The prejudice of the media towards the marginalized society started coming out in the open. The media always wants to keep its character elite. Describing himself as the fourth pillar of democracy, he also keeps on scraping that pillar every moment.
The problem with private channels can also be that due to Corona, ground reporting, which used to be less earlier, became almost zero. Citizens were resorting to government channels and Twitter accounts and news websites for news related to Corona. There was a paucity of news in times of disaster, and the media is also ready to weave concoctions for it. In such a situation, nothing is left in front of them except Corona and its related mysteries, new discoveries, and new criminals.