List Of Fabricated stories of Sudhir Chaudhary and Zee News. 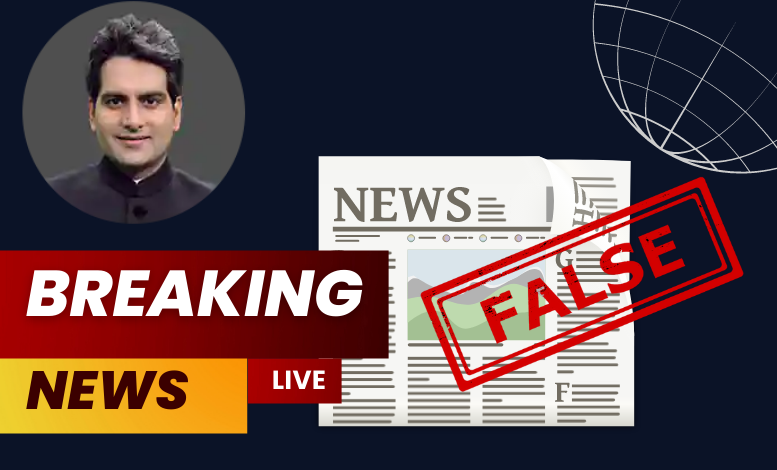 Decreasing the credibility of Indian Media is one of the main concerns for the functioning of a transparent system. A major portion of the credit goes to the people like editor-in-chief and CEO of Zee News Sudhir Chaudhary who spread fake news through his channel. Sudhir is the host of the prime-time show Daily News & Analysis on Zee News. While viewing his show we found out he had twisted and manipulated many facts. Moreover, he had also told numerous white lies to his viewers. In this DFRAC exclusive report, we have picked some of his lies and manipulated facts.

Reality: Martin Longman himself took to Twitter to clarify the scenario. He wrote, “I’m internet famous in India because a politician is being falsely accused of plagiarizing me. It’s kind of funny, but right-wing assholes seem to be similar in every country.” Therefore, his allegations on Mahua Moitra is false.

I’m internet famous in India because a politician is being falsely accused of plagiarizing me. It’s kind of funny, but right-wing assholes seem to be similar in every country.

2.)  Sudhir Choudhary on too much freedom and democracy.

In his show DNA while talking about Farmer Protests he said when in the country there is too much liberty and democracy people start protesting against those laws which can lead the country to the path of prosperity.

Reality: Farmers were upset by the Farm laws. The protest was so impactful the government took back the Farm Laws. But, Sudhir Chaudhary blamed the constitution of India for giving too much liberty.

He said that the Mughal Emperor Shah Jahan cut the hands of the worker who built the Taj Mahal.

Fact Check: Did Shah Jahan get the hands of the workers who built Taj Mahal cut off?

4.) Claim that “There are 11 positive cases of coronavirus in Arunachal Pradesh which have connections with the Delhi’s Tablighi Jamaat,” 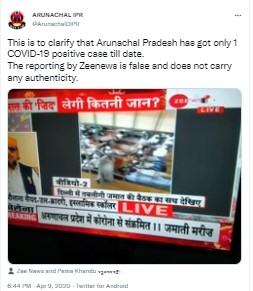 Reality: There was only 1 COVID-19 positive case at that time that is till 9th April,  2020. Further, Zee News also released an apology on this matter.

Further April 10, 2020, the Arunachal DIPR called Zee’s news report false and clarified that the state had got only 1 COVID-19 positive case to date. Hence, the above claim is wrong.

This is to clarify that Arunachal Pradesh has got only 1 COVID-19 positive case till date.
The reporting by Zeenews is false and does not carry any authenticity. pic.twitter.com/d74hBGDWbd

5.) Sudhir Chaudhary said that Canada is the largest country in the world area wise

He said that Canada is World’s Largest country area-wise.

He said that there is a Nano GPS chip, attached to the newly released Rs. 2000 note, which will help to track the note from anywhere.

Reality:  According to reports, an RBI official has said that the new Rs. 2,000 note has only the features mentioned in the RBI release on Twitter, which does not mention any chip. Moreover, the printing of a 2000 rupee note could cost only a little more than the old 1000 rupee note, which cost around Rs. 3.17, which in turn would be much cheaper than a nano GPS chip. Hence, there is no Nano chip in the notes of Rs. 2000.

Sudhir Chaudhary shared a video and said that JNU Students are raising the slogan of Pakistan Zindabad.

Reality: Students were raising the slogan that Bharitye court Zindabad. Similarly, He falsely stated that people were raising Pakistan Zindabad slogans in one of congress leader Navjot Singh Siddhu’s rallies.

On the Hijab Row controversy, Sudhir stated that if today these Muslim girls are demanding for wearing hijab in the school, then in the future they will ask that the teacher should be Muslim and if the matter will go to the court. Then, they will demand that the judge hearing the matter should be also Muslim because Hindu judge can do injustice. Till now, only schools, colleges, and courts are left from these fanatics. But it seems now that attempts are being made to end the concept of equality. But, statements are are based on his imaginations only.