Fact check: Did Russia hold a protest against America’s interference in Pakistan’s affairs? 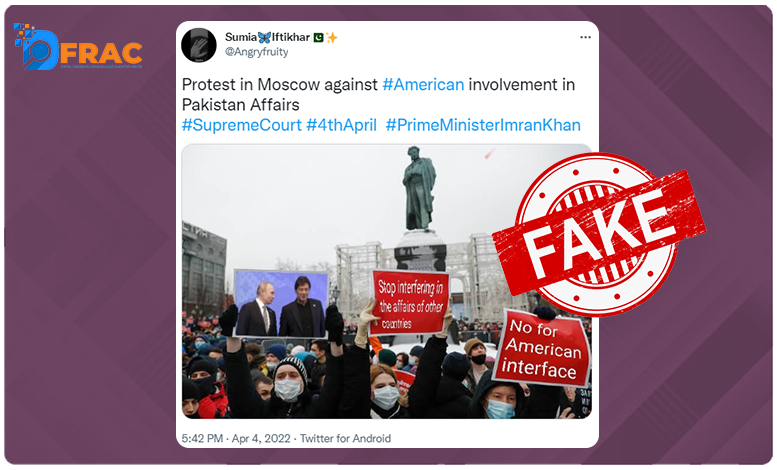 After Imran Khan visited Moscow, Russia, there has been a lot of controversy on social media. Russia is alleged of many atrocities during the Ukraine invasion. Social media is filled with news related to the invasion. Meanwhile, a poster is getting viral on the internet about America interfering in Pakistan’s matter.

Users are sharing a picture where Russians are protesting against America’s interference.

After a reverse image search, we found that the viral picture was of the protest side that occurred during the detention of Alexei Navalny in January 2021. The protestors majorly involved teenagers as the Navalny a Russian-based lawyer and politician immediately got arrested over his YouTube video criticizing Putin’s luxurious villa. 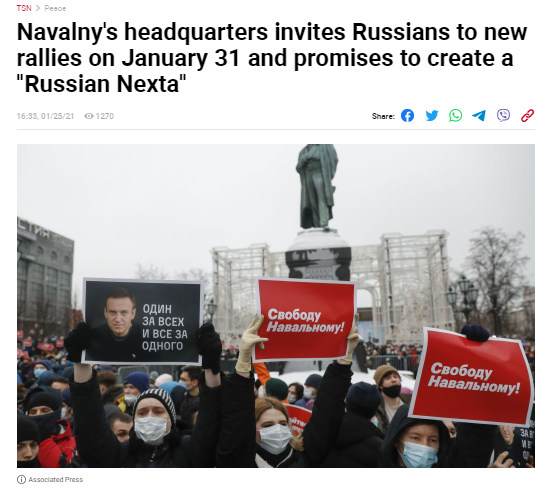 As you can see the TSN, a Russian news portal posted the viral picture. After seeing the picture we can easily conclude that the picture was edited and the picture of Alexei Navalny was replaced by Imran Khan.

Conclusion: Hence proving that the claim is fake