Fact check: Did Australian Airline CEO gets pie on his face for his speech over Vaccine Mandate? 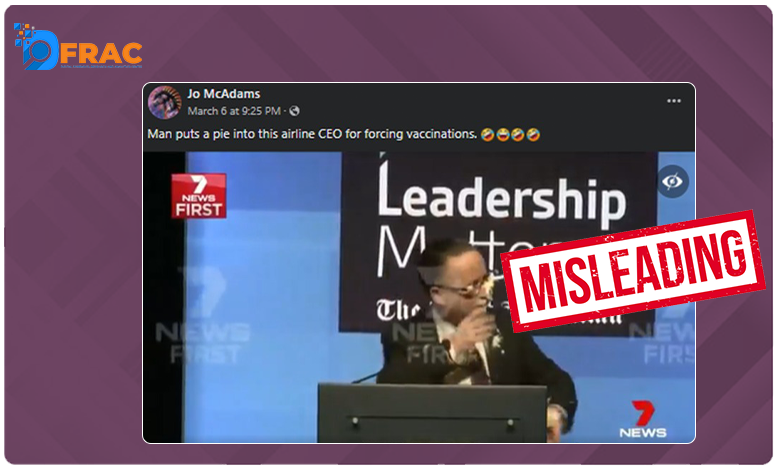 A video is getting viral, where users are claiming that Australian Airline CEO got smashed with a pie on his face after he gave a speech over vaccine mandates.

Jo McAdams shared a short clip of 20 seconds on 6th March, 2022. He claimed that the speaker is the CEO of Australian Airline and he got smashed with a pie by an l who ran into him on the stage. 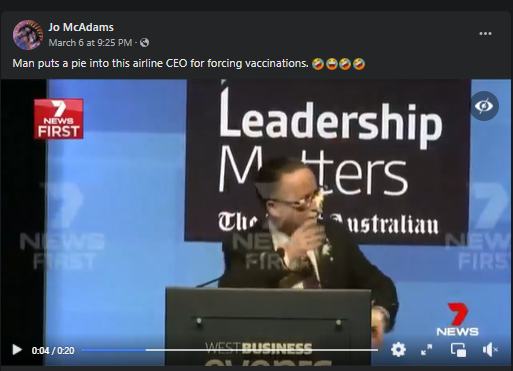 After reverse research, we got the video and found that the speaker was not the CEO of Australian Airline. Rather he is a CEO of Qantas, Alan Joyce. 7 News Perth posted the video on its official Facebook account on 10 May, 2017.

The Guardian also covered the incident and interviewed the Tony Overhue. He smashed the cake as a political attack over the CEO for supporting same sex marriages. 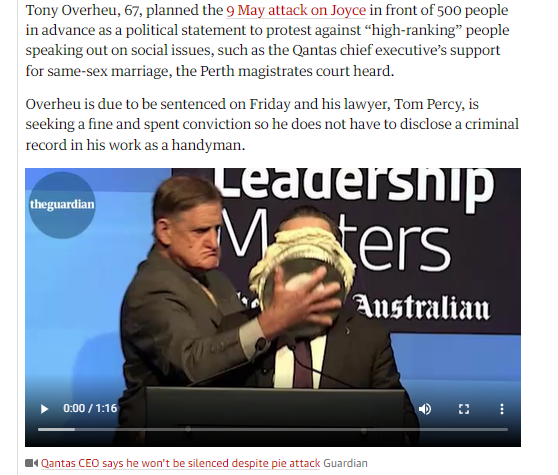 Conclusion: Therefore the claim is misleading as it was a viral of the CEO of Qantas and it came in 2017. The covid-19 came into existence after 2019 so the caption over vaccine mandate is also fake.

Claim review: Australian Airline CEO gets pie on his face for his speech over Vaccine Mandate