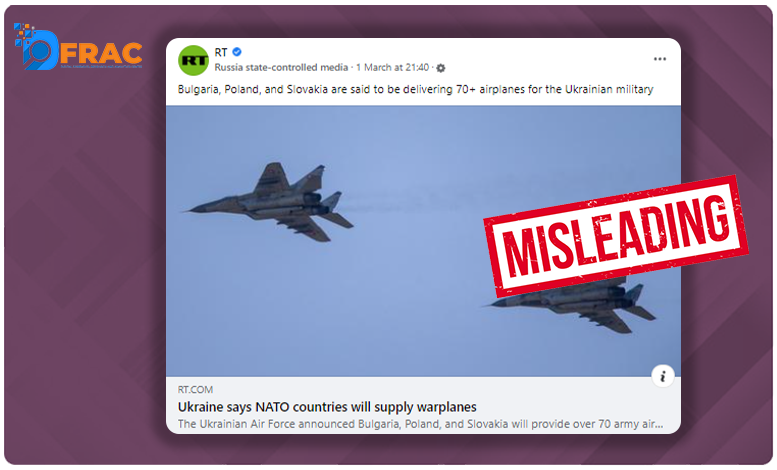 Amid the Russia-Ukraine war, many news are paving their way into social media and getting the attention of everyone.

Similarly, a new picture related to the Russia-Ukraine war is getting the attraction of most of the people on social media platforms. The news is shared by Unews Press Agency captioned as, “Three #NATO countries to transfer 70 combat airplanes to #Ukraine.

Another Facebook page RT(Russian Outlet) shared the same news on march 1 under the caption, “Bulgaria, Poland, and Slovakia are said to be delivering 70+ airplanes for the Ukrainian military.”

A newspaper EURACTIV shared a news and the headline was Bulgaria will not send fighter, troops to Ukraine. 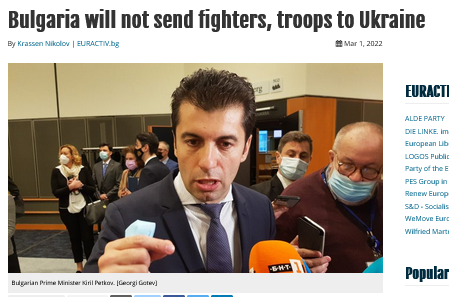 Newspaper The Salvok Spectator Slovakia mentioned in the headline Salvokia won’t give its fighter jets to Ukraine, but may ground them earlier than planned. 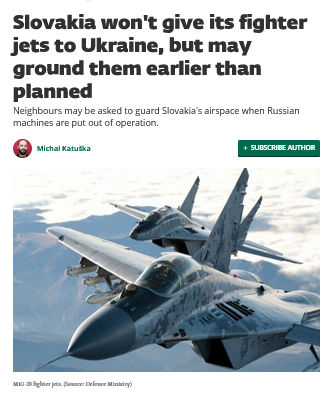 EU foreign policy chief Joseph Borrell gave this statement mistakenly on Feb 27 and clarified his statement to the public the next day i.e on Feb 28.

Claimed by: RT(Russian Outlet) and other social media users.