Fact check: The truth behind the video where girls in Hijab were assaulted. 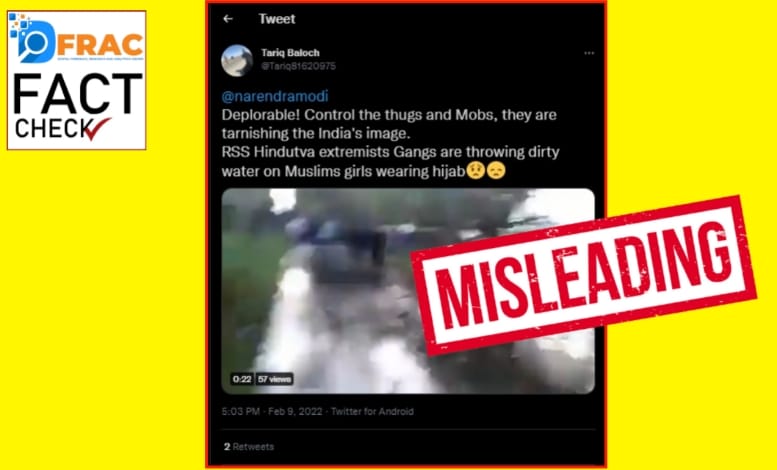 Escalation of Hijab Row enables the manufacturing of fake and misleading news. Another video is going viral on social media where a mob of girls wearing Hijab is getting harassed by a few boys on the street. The video presents a wicked act of racism.  Tariq Baloch said  ‘Deplorable! Control the thugs and Mobs, they are tarnishing India’s image. RSS Hindutva extremists Gangs are throwing dirty water on Muslim girls wearing hijab’  while addressing PM Modi.

Mohamed Sarjoon a Facebook user posted the same video on 23rd February 2019 where women in Hijab are running on the streets and boys are splashing water and different liquid material on them on the road in Sri Lanka.

Hence proving that the claim over video is misleading as the heinous act took place in Sri Lanka and not of India. People are using it as a weapon to escalate the Hijab Row protest.

Previous articleIs Instagram Turning Into A Hub of Hatred for Dalits
Next articleFactCheck: Bangabandhu Tunnel Is South Asia’s First Tunnel Under The Karnaphuli River. Know The Reality Of The Viral Claim.