Fact Check: Did Taliban accept that India became powerful because of RSS and BJP? 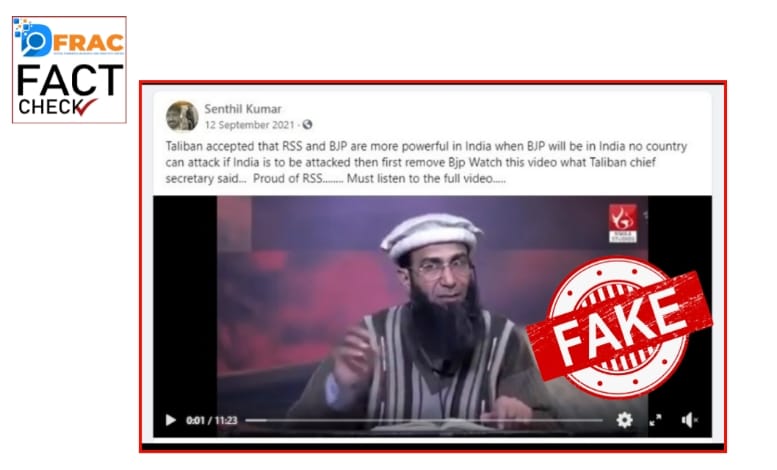 A video is being shared on Facebook. Social media users are claiming that Taliban has accepted that India is powerful because of Bharatiya Janata Party and Rashtriya Swayamsevak Sangh. We can see a man in the video. He makes a statement that when BJP is in India, no country can attack India. Firstly, The BJP has to be removed before attacking India. 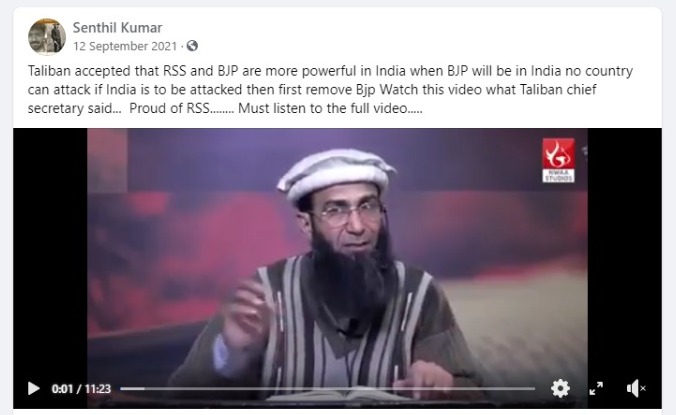 In this statement, the person narrates the stories of Aurangzeb. After this he also praises BJP and RSS. Those who shared this video are claiming that this person is the chief secretary of the Taliban. Which is assuming the iron of the power of BJP and RSS.

After the video went viral, our team, after reverse searching some frames of this video, found that the person in the video is not the chief secretary of Taliban, but Khalid Mahmood Abbasi, a political analyst from Pakistan, who lives in Islamabad, Pakistan.

Our fact check proves that the person making the statement is not the chief secretary of Taliban but a political analyst of Pakistan. Hence this claim is false and misleading.