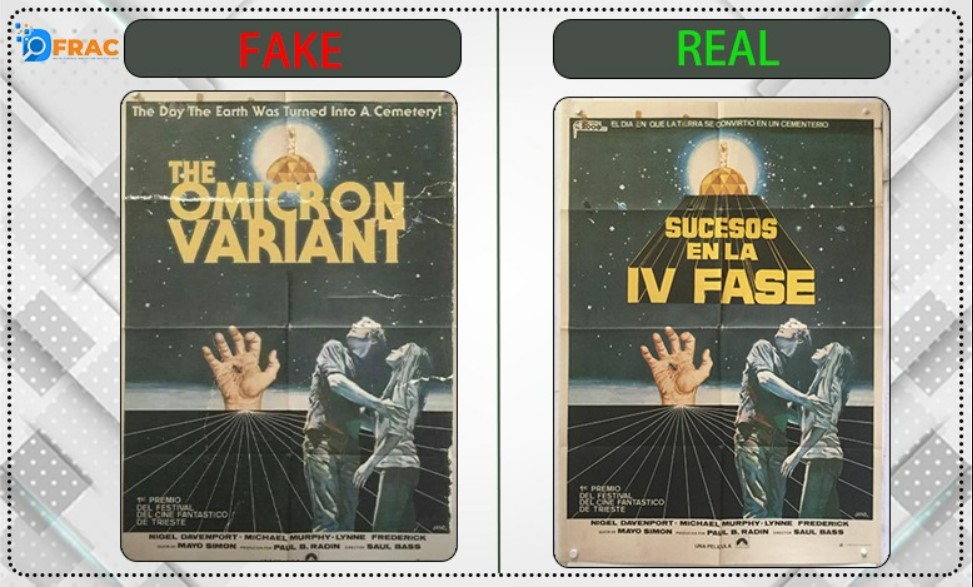 As the new variant of corona virus ‘Omicron’ is emerging, social media platforms are filled with posts regarding this new variant. #OmicronVariant is also running with thousands of tweets on Twitter.

Under this hashtag, an image has got viral of a movie poster with the title “The Omicron Variant”. Many people have shared this poster on Twitter with the caption “This is 1963 film, everything is pre-planned.”

Even an Indian film director Ram Gopal Varma shared this poster along with the caption which reads “Believe it or faint..This film came In 1963 ..Check the tagline”

Believe it or faint ..This film came In 1963 ..Check the tagline 😳😳😳 pic.twitter.com/ntwCEcPMnN

After doing a reverse search analysis by our team, it has come to notice that this movie poster is fake. The actual movie is called “Phase IV” whose Spanish poster translates to “SUCESOS EN LA IV FASE” 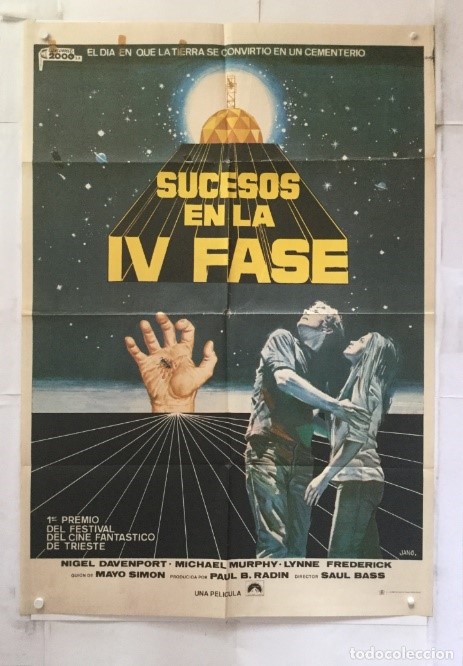 This movie is also mentioned in imdb which was released in 1974.

We also found the person who photoshopped this image, her name is Becky Cheatle. She photoshopped the phrase ‘The Omicron Variant’ into a bunch of 70s sci-fi movie posters.

I Photoshopped the phrase "The Omicron Variant" into a bunch of 70s sci-fi movie posters #Omicron pic.twitter.com/1BuSL4mYwl

Hi. It's been brought to my attention that one of my posters is circulating on Spanish language Twitter as "proof" of a COVID hoax. It's just a goof because I thought Omicron Variant sounded like a 70s sci-fi movie. Please do not get sick on account of my dumb joke. Thanks https://t.co/iecwEEOVBq

She also recently tweeted, as she got to know that one of her posters is getting circulated as “proof” of this new variant. She requested people not to take this “joke” seriously as this is just a goof.