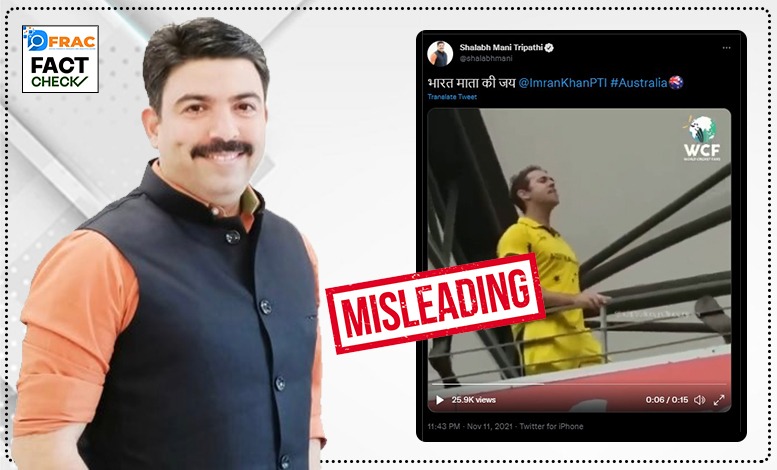 On November 11,2021 Australia and Pakistan played a semi-final match in the T20 World Cup resulting in Pakistan losing the match.

Owing to the rivalry between India and Pakistan cricket fans, many Indian users on social media celebrated the loss of Pakistan and congratulated Australia.

Amidst this, Shalabh Mani Tripathi, the media advisor of Chief Minister of UP Yogi Adityanath posted a video claiming that an Australian was chanting “Bharat Mata Ki Jai” after the match last night.

We performed a keyframe search of the video along with some keyword searches and found that the video was originally posted by the page World Cricket Fans on January 18,2021 when India and Australia were playing the Border-Gavaskar series in Australia. The video has over 4,00,000 views on Twitter.

While it's raining at the Gabba, you don't want to miss this Australian Fan chanting Bharat mata ki jai 😁🇮🇳🎶#AUSvIND #Rain pic.twitter.com/Z0NC6LajJX

ccording to various news reports the man was identified to be an Australian fan who was chanting alongside Indian fans.

Tripathi with his post tried to insinuate that the fan was chanting the slogans at last night’s match.

Since the video is old and was in no connection with yesterday’s match, this claim is misleading. 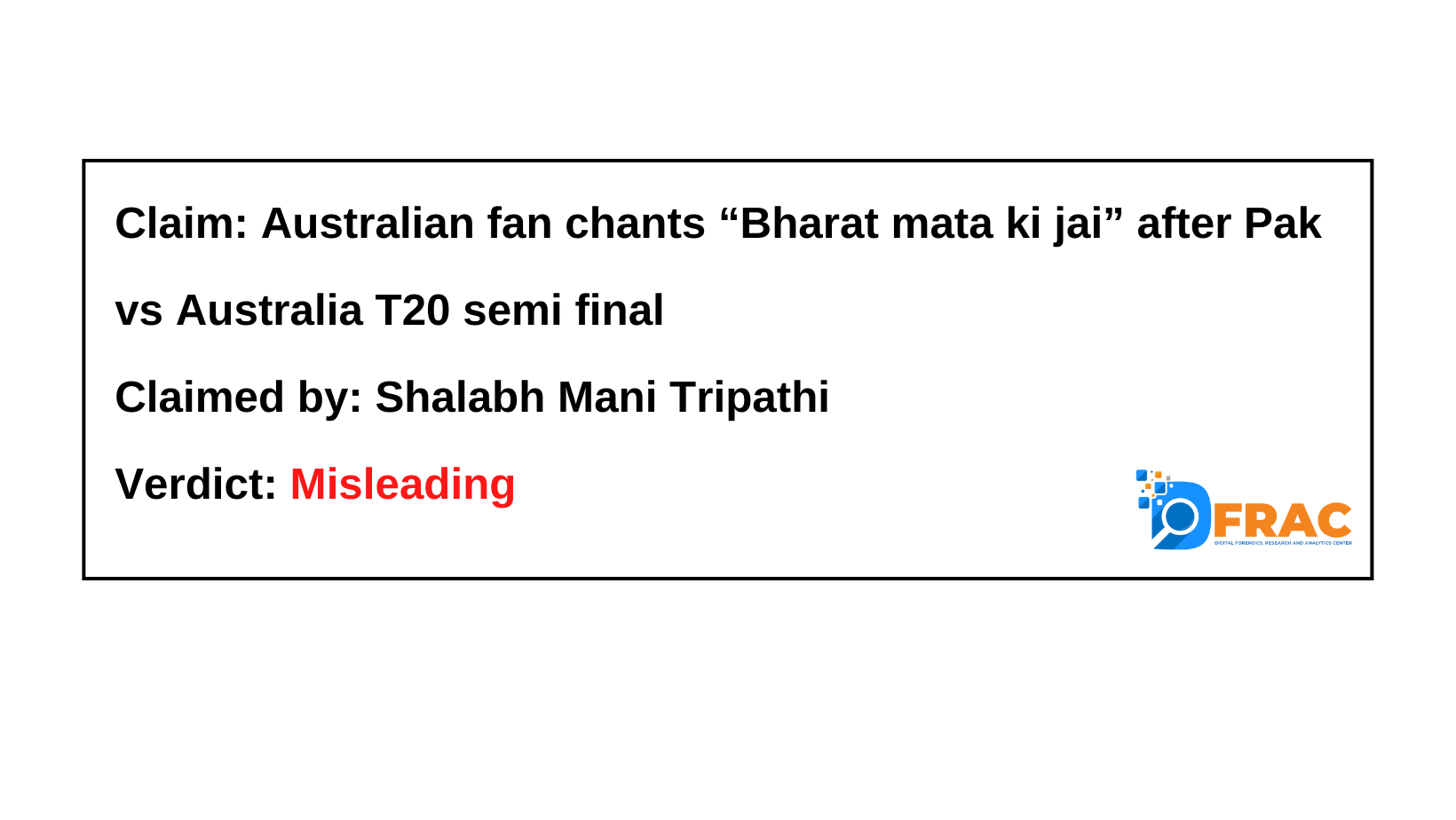