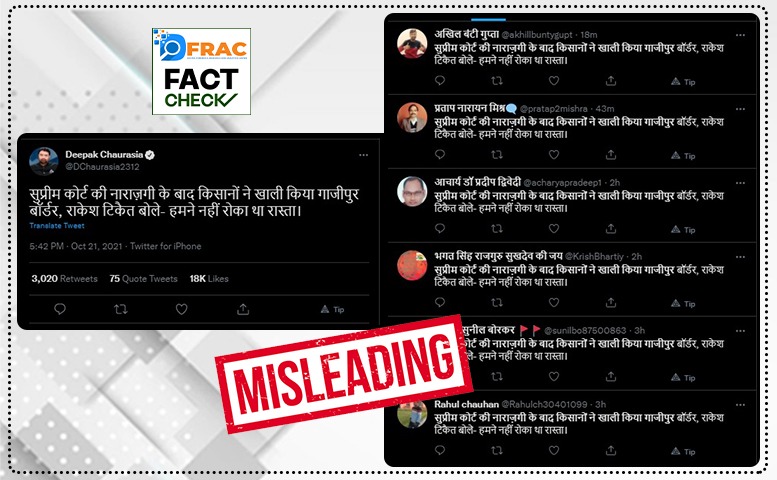 On October 21,2021, the Consulting Editor of News Nation TV, Deepak Chaurasia posted an update about the ongoing farmers’ protest taking place at the borders of Delhi.

In the tweet, Chaurasia has claimed that after Supreme Court expressed their displeasure, the farmers have vacated the Ghazipur border, He also claims that Rakesh Tikait, the leader of the Bharatiya Kisan Union said that they (farmers) were not the ones who had blocked the border.

The tweet has been liked over 18,000 times and was then subsequently posted by many others.

We performed some keyword searches on Google and found news reports on the same incident. We found that the Supreme Court did indeed express displeasure of the blocking of the lanes. However, as per several news articles and Tikait himself, only one tent housing journalists has been removed while others continue to exist at the border.

Therefore, this claim is misleading. We have previously fact-checked Deepak Chaurasia on a morphed image that he shared. You can read the report here.