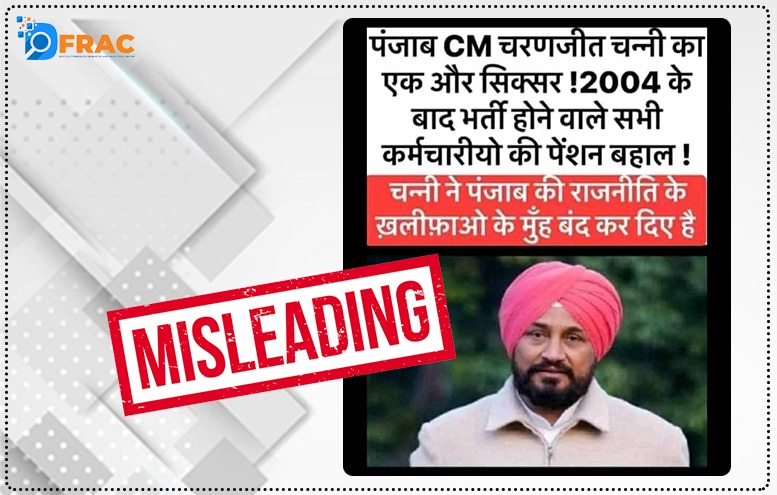 On September 5,2021, many users on Facebook began posting a graphic of the new Punjab CM Charanjit Singh Channi bringing back new pension schemes for those government employees who were admitted after 2004. They congratulated him and celebrated his victory in Punjab.

We performed a keyword search on the issue and found that Channi did pass a new change in the pension laws in Punjab in which families will now be able to avail pension in case of death in harness. This in no way makes a reference to the pension laws that exist in the state. There is no mention of bringing into fold employees inducted after 2004 and they continue to be a part of the existing pension scheme.

Therefore, this claim is misleading.