Fact check: Have Khalistani supporters conducted a rally after the win of AAP in the Punjab Assembly Polls? 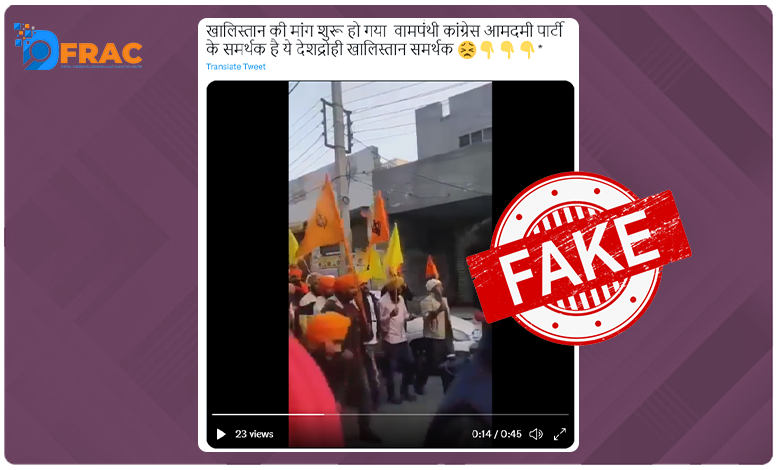 Aam Janta Party has made a remarkable win in Punjab. Parties’ governance in Punjab has risen support as well critics on social media. Wherein a video is getting viral where a rally of Khalistani supporters is commenced.

Yas Hindu, a user has posted a video of a rally where Khalistani supporters are chanting Khalistan Zindabad in the presence of Punjab Police. He posted the video on March 13, 2022, and claimed that it all happened after Arvind Kejriwal came into power in Punjab.

Many other users also posted the same. 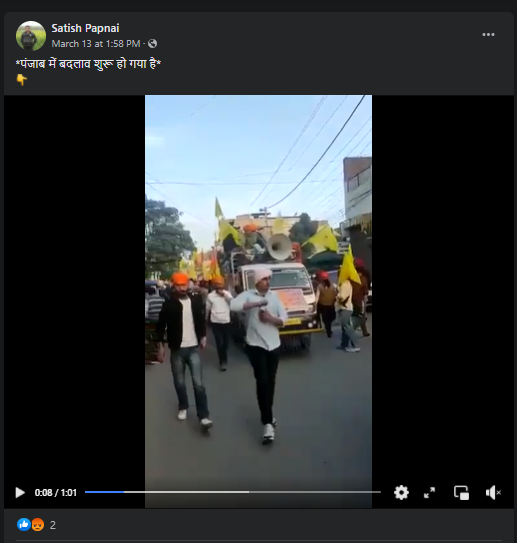 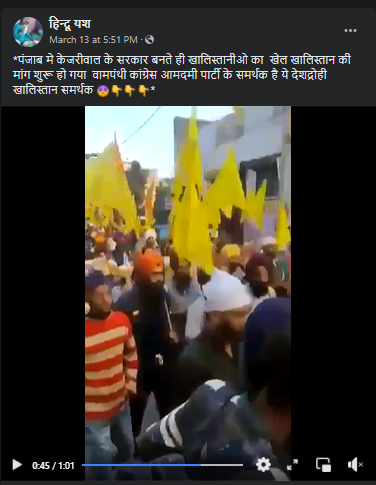 After cross checking we got to know that the video got in air on 25th February, 2022. Before the announcement of the election result. Asli Bharat Analysis posted the video on its official page. The rally was conducted by followers of Deep Sidhu who recently died in an accident.

Therefore, the claim is misleading as the rally was conducted before the announcement of the result of the Punjab election 2022. Arvind Kejriwal has nothing to do with the rally.

Claim review: Khalistani supporters have conducted a rally after the win of AAP in the Punjab Assembly Polls?