Fact Check: Old Picture Of The Mosque Got Viral With Wrong Claim Related To Karauli Riots 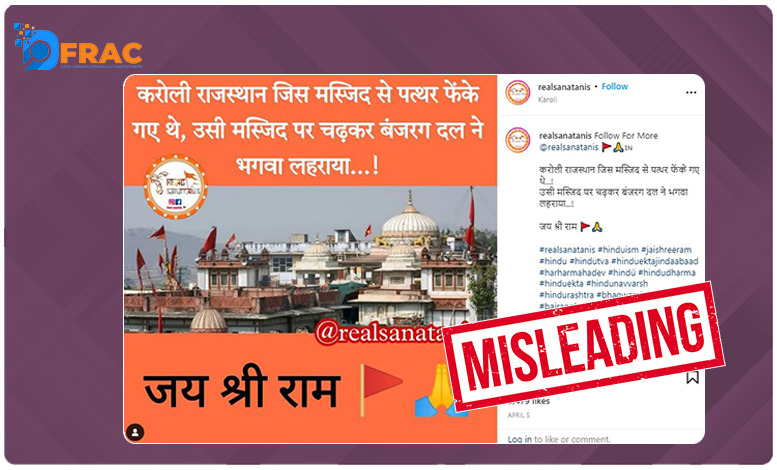 An image of Masjid is going viral on the internet. Sharing the image people are claiming that the image is of the same Masjid where the riots took place Further, along with the picture @realsanatanis wrote, “Karoli Rajasthan The mosque from which the stones were thrown…!

Climbing on the same mosque, the Banjara Dal waved saffron…” 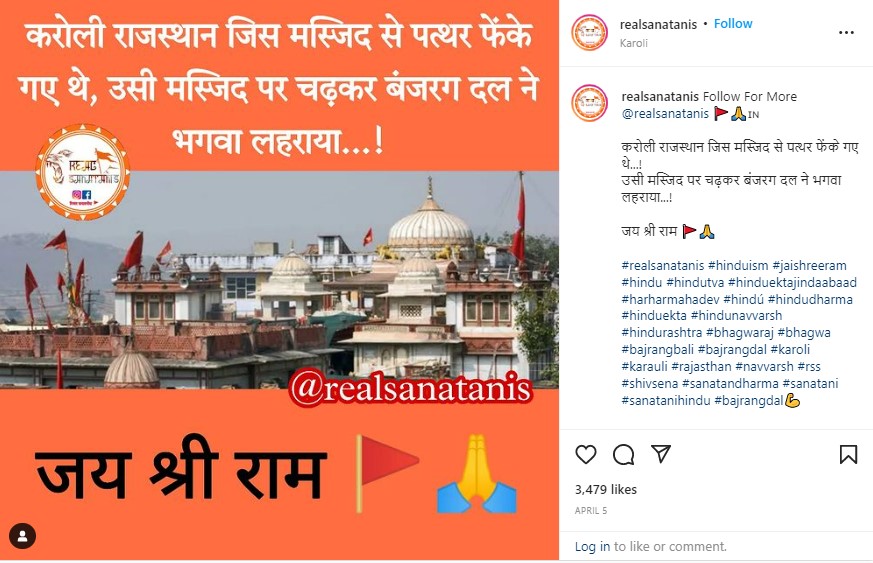 Similarly, many other users shared this image linking with the Karauli Rajasthan incident.

On image reverse search we found the same image on alamy.com where it is mentioned that the viral image was taken on 26th October 2011. 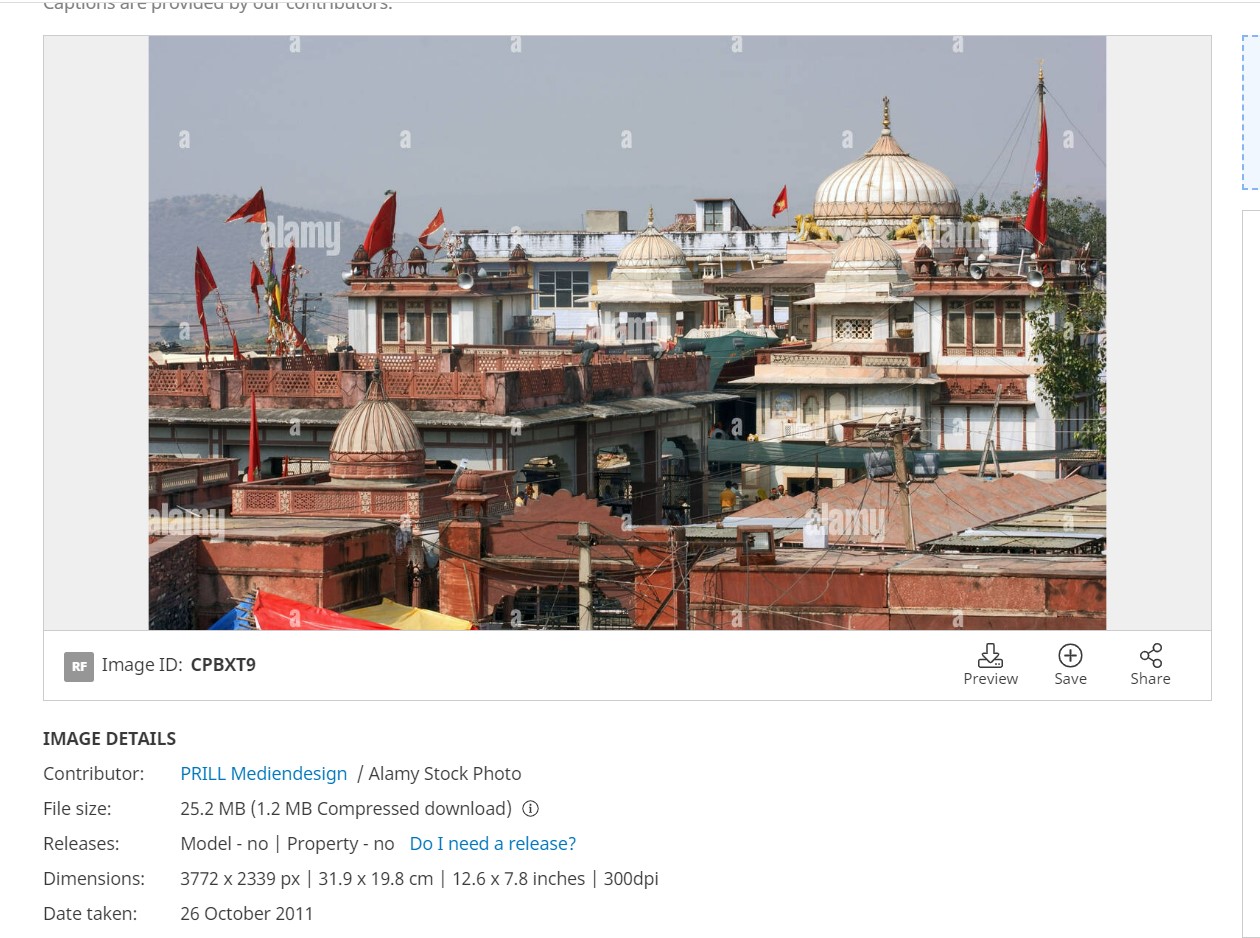 Moreover, we also found the same picture on stock adobe.com and bigstockphoto.

Therefore, it is clear that it is an old image. But, users are misleadingly linking with the recent Karauli riots.

Previous articleDFRAC Exclusive: Fake Pakistani Accounts and their Pro China Narrative
Next articleFact check: Do Rajasthan’s people take the oath for boycotting Congress due to unemployment in the state?