Fact Check: Did the Muslim mob attack Hindus in Delhi? 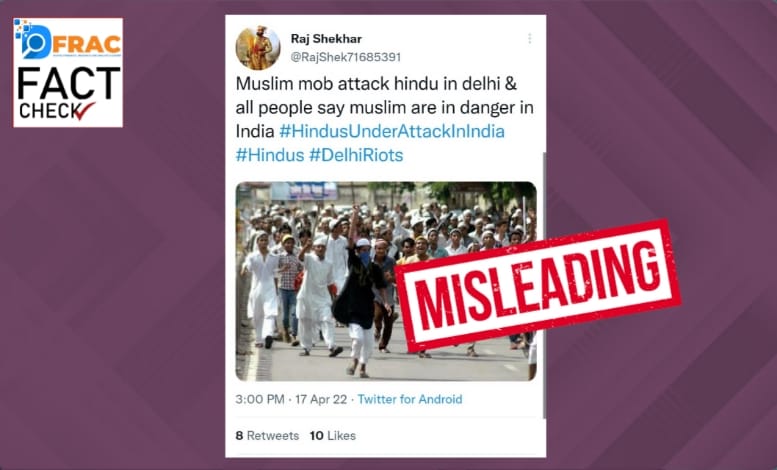 On the auspicious occasion of Hanuman Jayanti. A picture is getting viral on the internet. It is claimed that a Muslim mob attacked Hindus in Delhi.

One Twitter user wrote, “Muslim mob attack Hindu in Delhi & all people say Muslim is in danger in India.

Another one wrote, “They’ve cleared one thing, either stop celebrating your festival or get ready to be keeled. It’s an open war against Hindus.

They’ve cleared one thing, either stop celebrating your festival or get ready to be keeled.

We Reverse Search the image by using a reverse search image. We found the same picture on a news by THE HINDU  from the date 18th of August 2021. 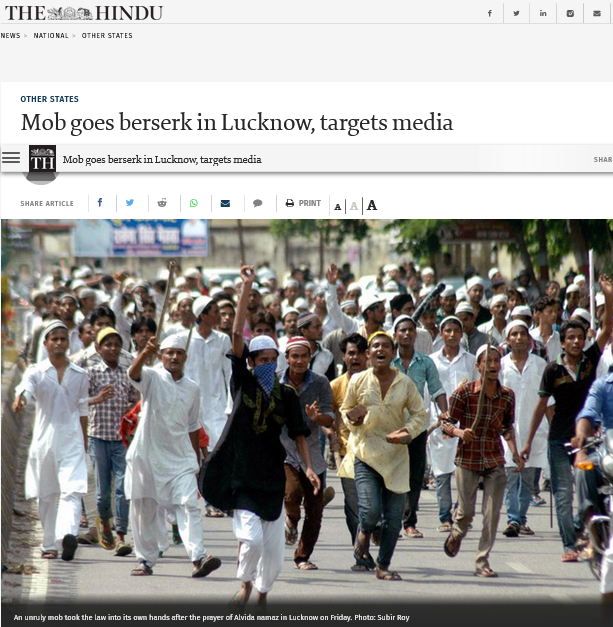 The Times of India covered the same news, which reads, “Protest in Lucknow over Assam riots, curfew imposed in Allahabad.

Therefore, the picture getting viral is not from the latest Delhi riots, but from old riots in Lucknow in the year 2021.

Previous articleFact Chek: Video Of A Man Threatening Hindus Got Viral Under The Karauli Violence. Know The Reality.
Next articleFact Check: Did the Muslims thrash the policeman in Delhi Riots?