Fact Check: Celebrations in the entire Mumbai during Ram Navami. True or False. 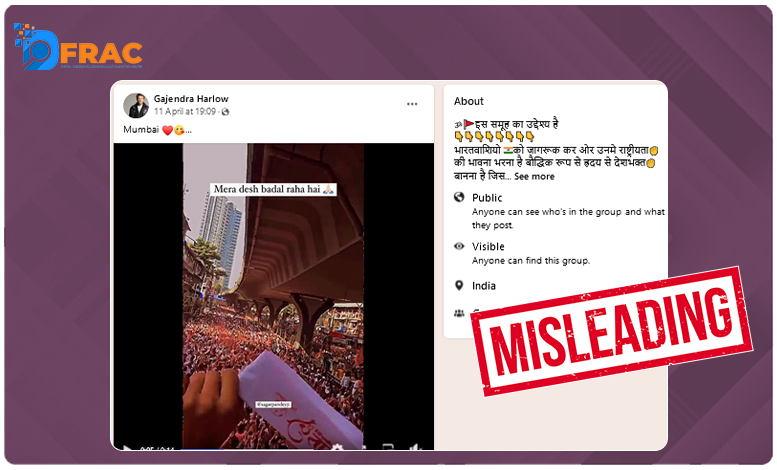 People all over the social media sites are sharing the video with utmost pleasure.

Moreover, background music can also be heard during the celebration.

One of the tweets reads, “Just #Mumbai being awesome again, and pretty much the same scene throughout #Bharat #JaiShreeRam

Just #Mumbai being awesome again …🥰😍
And pretty much the same scene throughout #Bharat #JaiShreeRam 🙏🙏 pic.twitter.com/kQcM4NM02i

We at DFRAC reverse searched the image and found that the video is old and from the date 5th august 2020. Also, it was during Ganesh Chaturthi festival.

We found the same video on YouTube from the year 2021.

An old video showing a massive crowd dancing beneath a flyover in Mumbai during Ganesh Chaturthi festivities has gone viral with misleading claims that the video shows a Ram Navami procession this year.

Previous articleFact Check: Was Joe Biden Celebrating The Defeat Of Pak PM Imran Khan and Victory Of Shahbaz Sharif?
Next articleFact check: Did the old image of protest in Malaysia against the persecution of Indian Muslims go viral?