Fact Check: Did Shahrukh Khan have to sell his house if the Pathan movie flops? 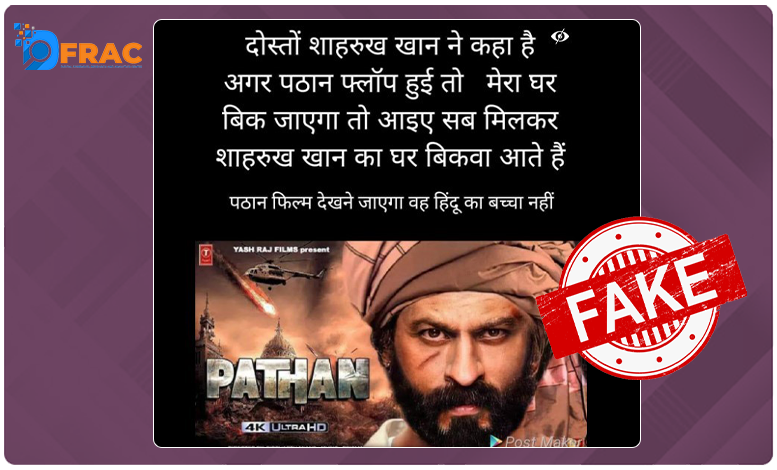 Bollywood actor Shahrukh khan and his fans are eagerly waiting for the release of his upcoming movie Pathan. No film of Shahrukh has come on the big screen for a long time. He was last seen in 2018 in the film Zero. Meanwhile, a post on social media is becoming massively viral. It was said that if Shahrukh Khan’s Pathan film flops, then my home will be sold. Let‘s, together make Shahrukh sell his home.

Similarly, many other users on social media has also claimed the same thing. 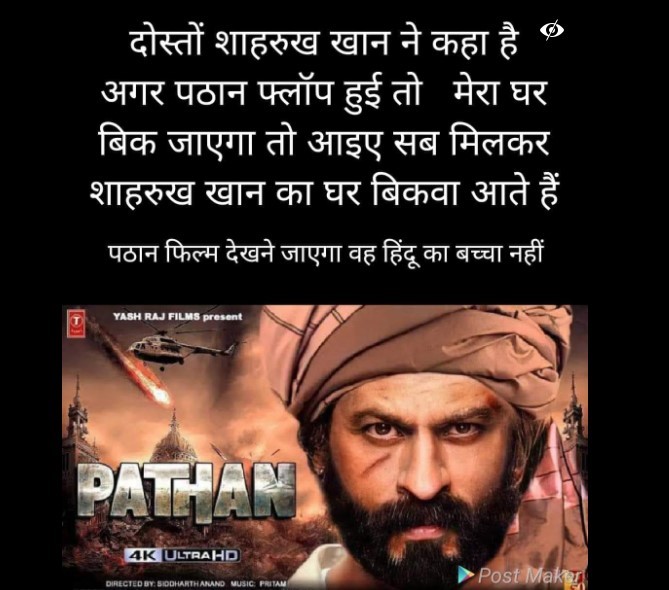 Similarly, many other users on social media has also claimed the same thing.

Releasing in Hindi, Tamil and Telugu.

Celebrate #Pathaan with #YRF50 only at a big screen near you. @deepikapadukone |@TheJohnAbraham | #SiddharthAnand | @yrf pic.twitter.com/dm30yLDfF7

To verify the viral claim, we checked the official Twitter timeline of Shah Rukh Khan and did not find any such tweet. However, we found a promotional video of the film dated March 02, 2022. Shahrukh Khan announced the release date of the Pathan film as 25 January 2023. But he did not make any such appeal to his fans and the audience that if the movie flopped then he would have to sell his house.

It is noteworthy that if any such statement had been made on behalf of Shahrukh Khan, then any news channel or newspaper would have published this news. But, no news report or article was found regarding this.

Hence, the viral claim is fake.

Previous articleFact check: Fake video of the Russian Missile attack in Ukraine got viral.
Next articleFact Check: Truth behind the viral video of cops replacing the Pakistani flag with the Indian Tri-color flag.