Fact Check: Did Wladimir Klitschko has auctioned off his 1996 Atlanta Olympic Games gold medal amid the Russia-Ukraine crisis?

A piece of news that  Wladimir Klitschko has auctioned off his 1996 Atlanta Olympic Games gold medal to raise money for the children of Ukraine is going viral on social media sites. Further, the news also claims that he received around 1 MILLION dollars. But, the buyer gave Klitschko the medal back instantly. 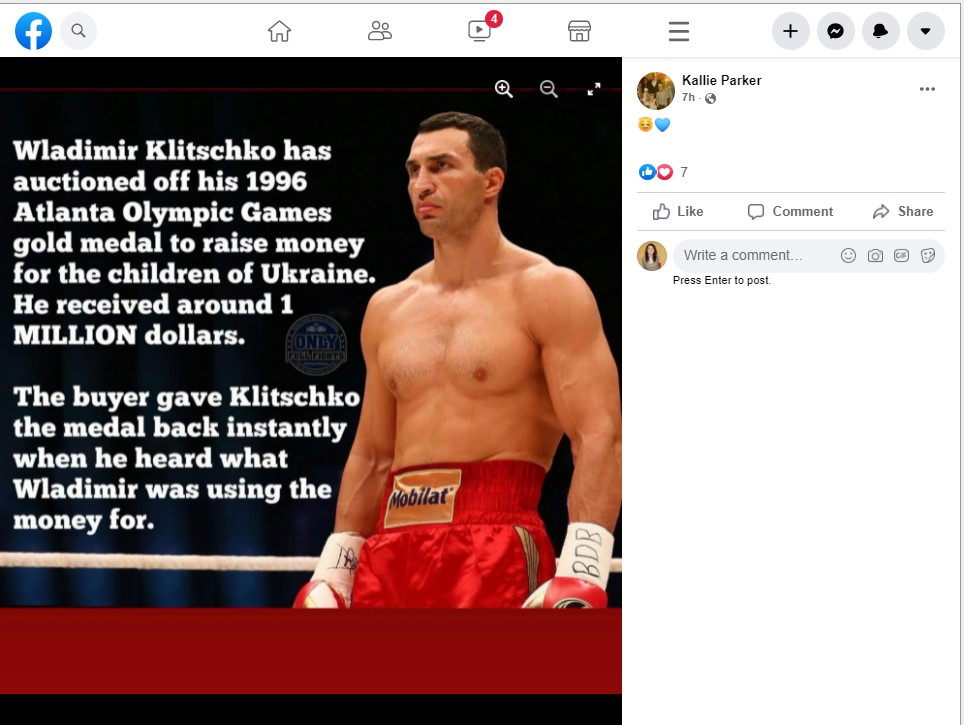 Similarly, we can see many archived versions of this news. Many users shared this post to praise Olympic gold medal winner Wladimir Klitschko’s this step when the country is going through a war.

On our fact check analysis we found that Klitschko had sold his gold medal in 2012. Moreover,100% of the funds, which is $1 million, went to the Klitschko Brothers Foundation. Further digging into the matter, we found a report of CNN updated on July 26, 2012. The title of the report is Klitschko: Why I sold my Olympic gold medal for $1M. 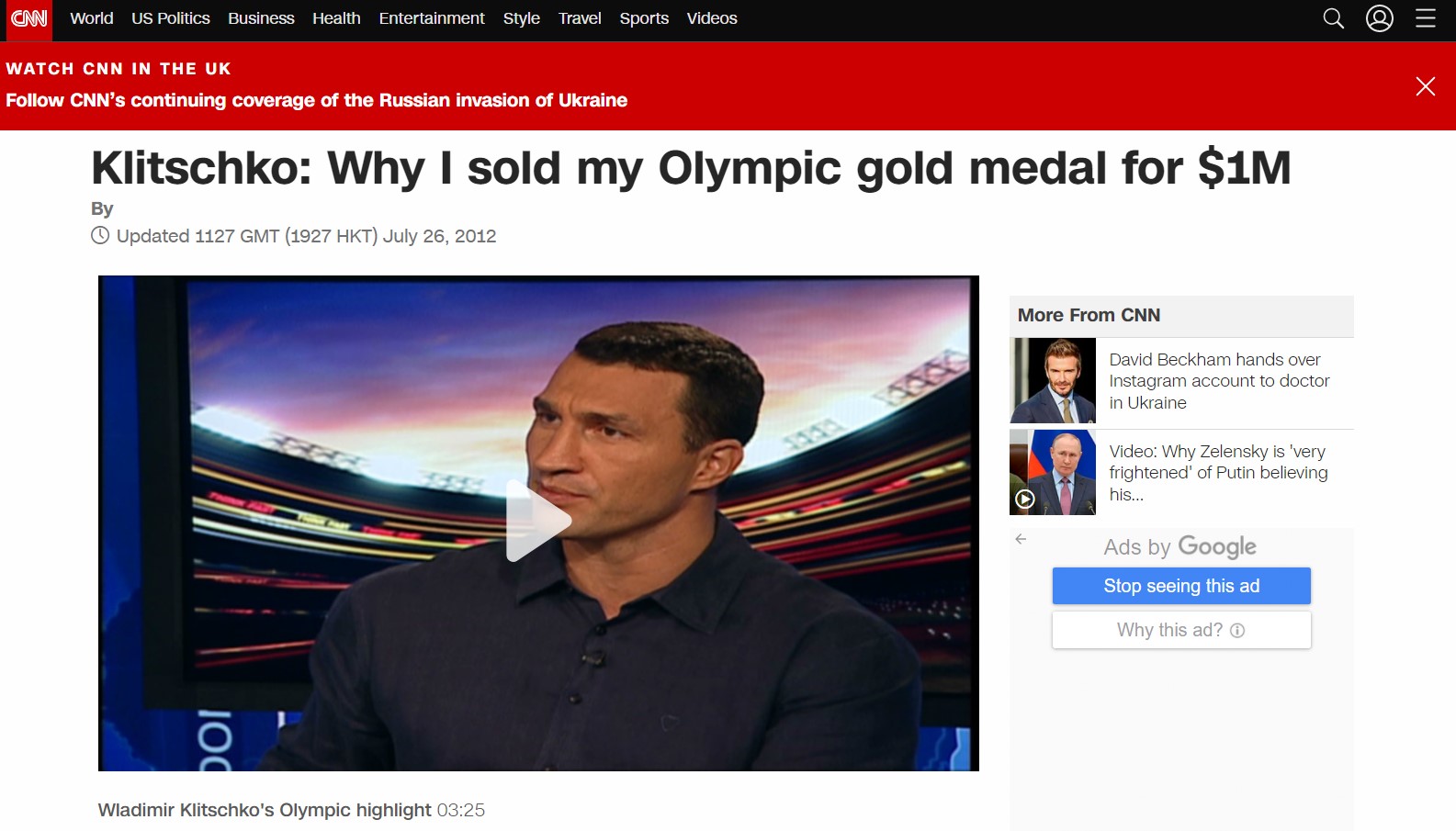 Although he have sold his gold medal it was not in the present situation.

Also Read: Did the Ukrainian Investigative Bureau had arrested a Ukrainian diplomat for smuggling amid Russia-Ukraine crisis?

Therefore, amid the ongoing Russia-Ukraine crisis users are sharing old news of 2012 misleadingly.