Fact check: Fake image of a soldier got viral under Russia-Ukraine Conflict 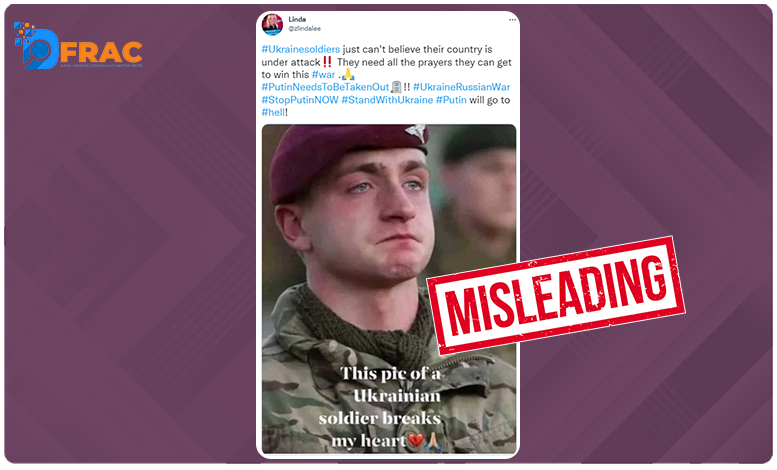 Russian airstrike has hit the hospital in Mariupol. As per president Zenlenskyy, women and children were injured in the airstrike. After seeing such attacks on Ukraine, social media is flooded with sympathy and support for Ukraine. Meanwhile, a picture of a soldier having tears in his eyes is getting viral.

Linda posted the viral picture of a soldier carrying sorrow in his eyes and captioned it as Ukraine needs prayer in the time of war.

Many other users also posted the same picture on 4th March 2022.

After reverse image search, we found that the image is from the article of The Sun in the year 2020. As per the article, the picture is of a soldier whose brother was martyred in war against the Taliban in 2008. His name is Pte Doherty and when he became the soldier after his brother, he burst out into tears. Hence proving that the image is not from the Russia-Ukraine conflict. It is two years old.

Claim review: Fake image of a soldier got viral under Russia-Ukraine Conflict

Previous articleChinese Reaction to Nepal’s MCC agreement with the US
Next articleFact Check: Did People Themselves Came Out To Guard The EVM In UP?