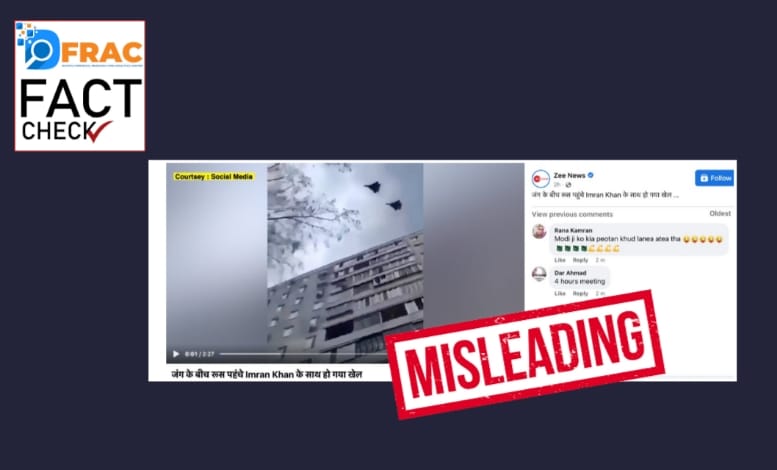 Russia and Ukraine crisis took a major turn on the 24th of February. Yesterday Russian troops launched their anticipated attack on Ukraine as President Vladimir Putin cast aside international condemnation and sanctions, warning other countries that any attempt to interfere would lead to “consequences you have never seen”.

Big explosions were heard before dawn in Kyiv, Kharkiv and Odesa.

This video was also shared by Zee news under the caption, “जंग के बीच रूस पहुंचे Imran Khan के साथ हो गया खेल” which translates into Imran khan got played when he reached Russia in between the war.

The video entirely talks about how Imran khan, Prime minister of Pakistan reached Russia in between war and how he is excited about being there. The whole video can be seen here in the link.

The video getting viral is an old video from Parade rehearsal 05/04/2020, Air part, Flight of aircraft over Tushino. It is a former village and town to the north of Moscow, which has been part of the city’s area since 1960.

This video is misleading as no such airstrike has taken place in Ukraine.