Fact Check: Congress leader trolled over her slip of tongue. 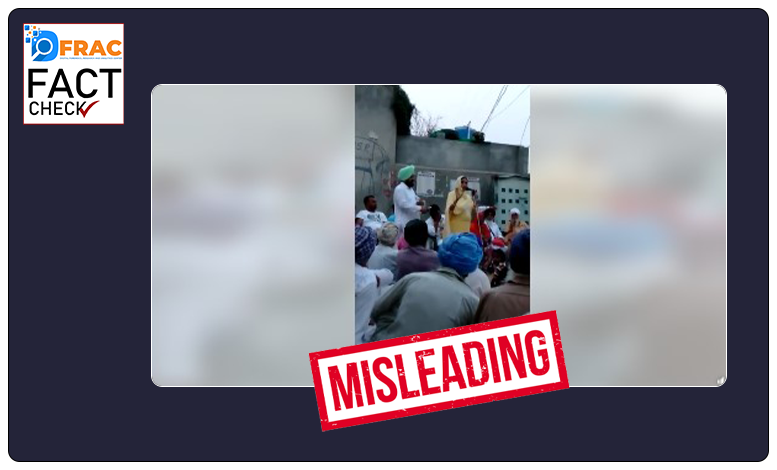 Video of the  Former MLA and Congress leader of Vidhan Sabha Mahalka Kalan, Bibi Harchand Kaur Ghanauri was campaigning for candidate Kewal Singh Dhillon from Lok Sabha constituency Sangrur in Chhichiwalkalan. During this, her tongue slipped and instead of asking for votes only for Dhillon, she was asked to vote for Bhagwant Mann.

For this she is trolled all over the social media. The supporters from the opposition party have  that video in many social sites.

when we researched the video we find out that the video that is spreading all over the internet is actually the cropped part of that video , this is true that her tongue slipped , but now and then she corrected her mistake and asked people to vote for Singh Dhillon and not Bhagwat Mann.

Later Bibi Harchand Kaur Ghanouri also  apologized to people in a video that was made to explain her slippery tongue on social media and appealed to vote only in favor of Dhillon. As written in AMAR UJALA newsapaper.https://www.amarujala.com/punjab/ludhiana/151558111520-ludhiana-newsConclusion Hence,  the video was partly correct ,but no full video is getting circulated over the internet.