Fact Check: Did a combat took place in Loikaw 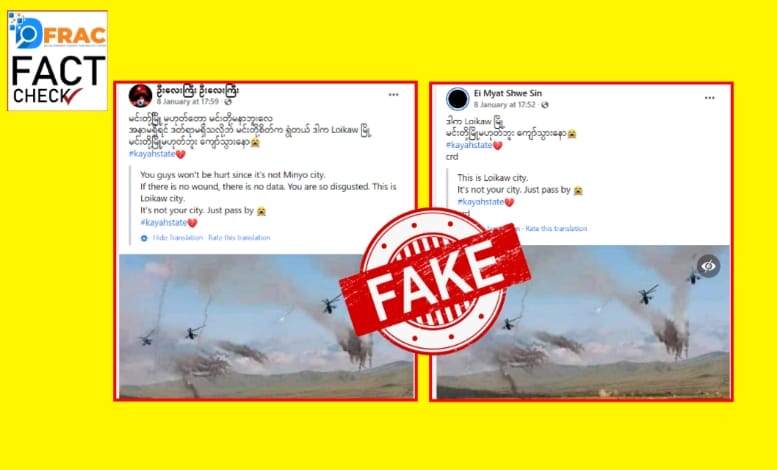 Fake news is spreading worldwide. Fake news of war in Loikaw is going viral on social media. An account, Ei Myat Shwe Sin on Facebook posted a picture on 8th January, 2022 with a caption, “This is Loikaw city. It’s not your city. Just pass by  #kayahstate crd”.

Loikaw is the capital of Kayah state in Mynamar. According to the claim the user’s claim, there’s combat in Loikaw.

Another user on Facebook posted the same picture claiming, “You guys won’t be hurt since it’s not Minyo city. If there is no wound, there is no data. You are so disgusted. This is Loikaw city. It’s not your city. Just pass by? #kayahstate?”

The viral picture is of the Russian-Mongolian military exercise in Buryatia. The picture was posted on 30th August, 2016 in Infpol.  A joint exercise of Russian and Mongolian troops known as ‘Selenga-2016’ took place in Buryatia. Around 1000 troops and up to 200 military units were involved in this annual event Selenga. The Selenga started in 2008 and the event involves tactical exercise and live fire known as  “Dharkhan” meaning a “builder” in Mongolian up until 2011.

Hence proving the claim is false and misleading as the picture is of Buryatia and not of Loikaw.

Previous articleFact Check: Can You Earn 10 lakh By Selling Coins Of Rs10 and 5 With Mata Vaishno Devi ?
Next articleFake Image of Arvind Kejriwal and Bhagwant Mann Setting outside the Liquor Shop Went Viral