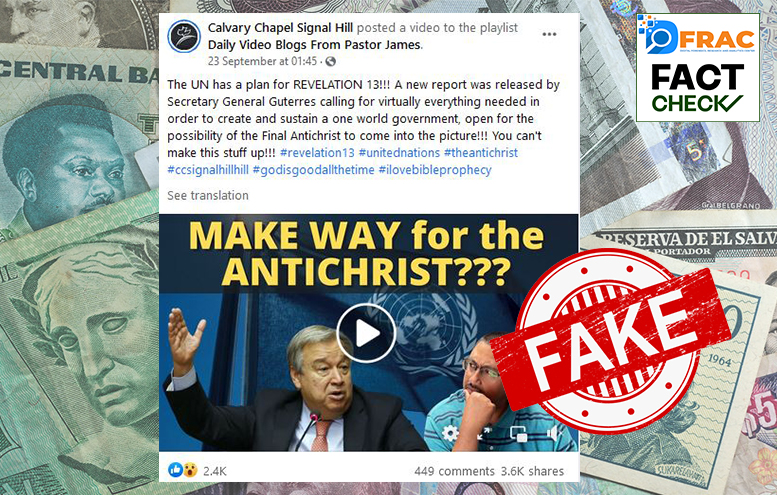 On September 23,2021, a video started to circulate on Facebook of a man speaking of a new UN report that claims that the UN will be releasing a new global currency which will allow for all transactions to be tracked online. The video was captioned

“The UN has a plan for REVELATION 13!!!” referring to a Christian tradition. The video was posted by the Facebook page of a California based church called Calvary Chapel Signal Hill. The pastor is identified to be James Kaddis who goes on to claim that under a global currency that may lead to the second coming of Jesus Christ and unleash the Rapture or the end of time.

The video has been viewed over 69,000 times and caused considerable panic amongst those who watch this.

There seems to be no mention of such a thing in the report’s contents page as well.