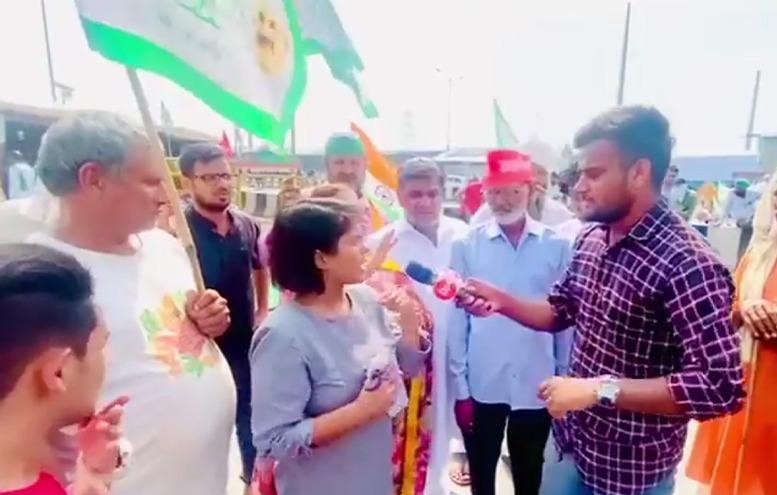 On September 27,2021 the Vice-President of INC Delhi posted a video of the ongoing farmers’ protest. In the video, a reporter can be seen talking to protestors who have gathered once again to protest the 3 laws which they believe will be damning for them.

Since these protests started, some media outlets have taken it upon themselves to try and malign the name of the protest by spreading fake news against the protest and its people. The video went viral and currently has over 1,45,000 views on twitter alone.

In this video, the reporter can be seen asking a woman questions about the UP elections. Upon the woman criticizing UP’s Chief Minister Yogi Adityanath, the reporter brings up that Sonia Gandhi recently tweeted something about it.

The woman in the video was however quick to point out that Sonia Gandhi does not have a twitter account and this is when the reporter knew he was caught trying to bait the protestors into having to defend a fake tweet by a fake Sonia Gandhi account.

The reporter is identified to be from Zee News as the mic he is holding is of the same kind that zee news anchors own. We cross checked the claim made by the woman about Sonia Gandhi’s account and found that there are several fake accounts that exist of Sonia Gandhi.

It is possible that either the reporter had knowledge of the fact that Gandhi does not have a twitter account and was trying to get a reaction out of the crowd or either he was completely unaware about the fact that it was fake. In both cases, the lack of integrity and research is very well reflected by this reporter’s actions.