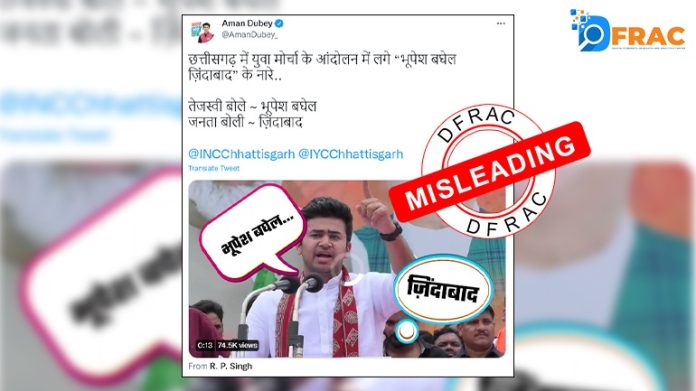 Meanwhile, a video clip of Tejasvi Surya’s meeting is getting viral on social media. Quoting this video clip, it was claimed that slogans of Bhupesh Baghel Zindabad were raised in the meeting.

Apart from this, this video clip was also retweeted from the official Twitter account of the Chhattisgarh Pradesh Congress Committee ,and wrote enjoy.

At the same time, no slogan of zindabad can be heard at 2 minutes 28 seconds in the second part of the video.

It is clear from the fact check of DFRAC that the viral clip of the video is edited. Because, no slogan of zindabad of Bhupesh Baghel can be heard in the whole video.