Fact Check: Is Bengal turning into Pakistan? Know the truth. 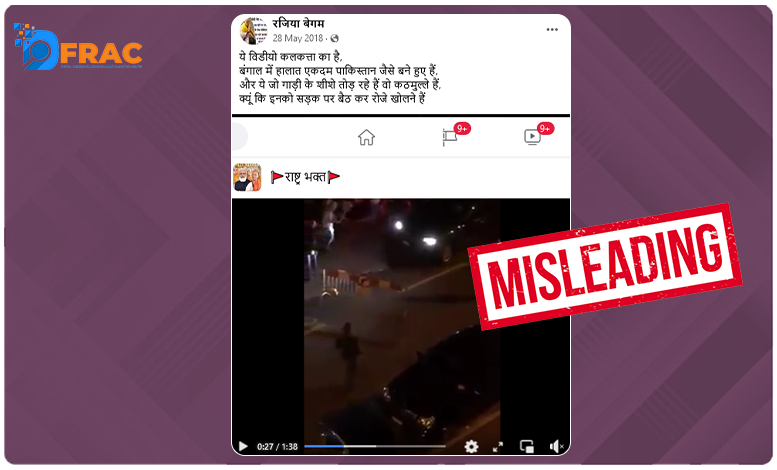 Bengal is burning with a new riot every day. People all over the internet are posting their views on different social media sites.

Recently a video of an incident is shared all over the internet in which people are seen breaking the glasses of the cars moving on the road.

It is claimed that the incident is taking place in Bengal. A Twitter user shared the video.

The video is being told of Calcutta the situation in Bengal remains exactly like Pakistan. And those who are breaking the windows of vehicles are heretics. In 70 years, Hindus became a minority in 8 states, no one even came to know, now you have to think otherwise? The caption reads. (Translates Hindi)

This video is from Calcutta. The situation in Bengal remains exactly like Pakistan. And the ones who are breaking the glass of the car are the fanatics because they have to break their fast by sitting on the road. The caption reads. (Translates Hindi)

When we reverse search this video using different keywords we found that the video is not from India. Instead this is from Switzerland. The video is captured after a football match that led to violent clashes. The video is from the year 2018.

The video is not from India and also from the year 2018.

Claim Review:  people are seen breaking the glasses of the cars moving on the road.